Child Diagnosed With Plague After Camping at Crane Flat 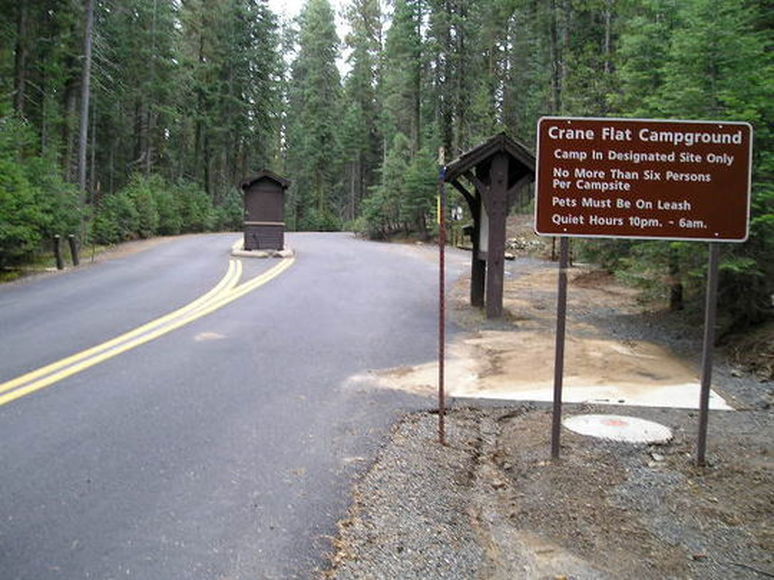 CBS NEWS - A child in Southern California is recovering after contracting a rare case of plague. It's the first time the disease has been diagnosed in the state in almost a decade, authorities said Thursday.

CBS Los Angeles reports the child -- who was identified only as a resident of Los Angeles County -- became ill and was hospitalized following a visit to Stanislaus National Forest and camping at Crane Flat Campground in Yosemite National Park in mid-July, according to California Department of Public Health spokeswoman Anita Gore.

Health officials are continuing to monitor the child's family and treatment providers, but no other members of the child's camping party reported symptoms. The child is recovering, Gore said.

As part of the investigation, officials are conducting an environmental evaluation in the Stanislaus National Forest, Yosemite National Park and the surrounding areas.

Plague is an infectious bacterial disease that is carried by squirrels, chipmunks and other wild rodents and their fleas. When an infected rodent becomes sick and dies, its fleas can carry the infection to other warm-blooded animals or humans.

A person who contracts plague may have symptoms that start off similar to the flu: fever, chills, weakness, swollen and painful lymph nodes and sometimes pneumonia. The disease can be treated with antibiotics if it's caught early, but without quick treatment it can cause serious illness or death.

The last reported cases of human plague in California occurred in 2005 and 2006 in Mono, Los Angeles and Kern counties. In all three cases, the patients survived following treatment with antibiotics, according to Gore.

There have been no known cases of human-to-human infection in California since 1924.

In 2014, non-human plague activity was detected in animals in San Diego County, Santa Barbara County, and five other counties in the state.

Nationwide, the Centers for Disease Control and Prevention says an average of seven cases of plague are reported each year, mostly in Western states.

There have been two deaths from plague this summer in Colorado. An adult who contracted the disease died earlier this week in Pueblo County, and a 16-year-old boy in Larimer County died in June. 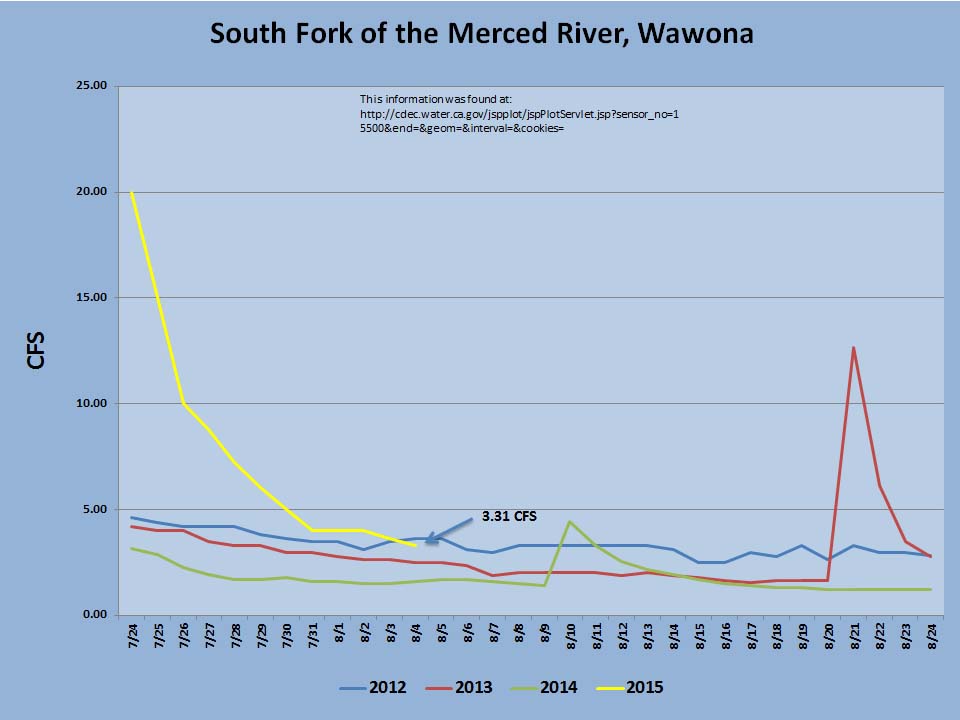 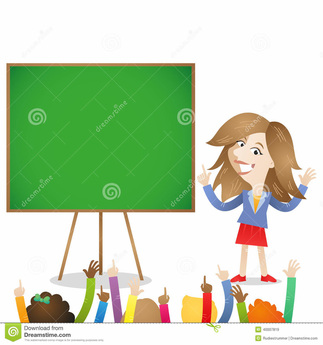 The public may address the Board on any matter pertaining to the school that is not on the agenda.  Unless otherwise determined by the Board, each person is limited to five (5) minutes.  There will be no Board discussion and no action will be taken unless listed on a subsequent agenda.

NOTE:  The Board will consider and may act upon any of the following items in closed session.  Any action taken will be reported publicly at the end of the closed session as required by law. 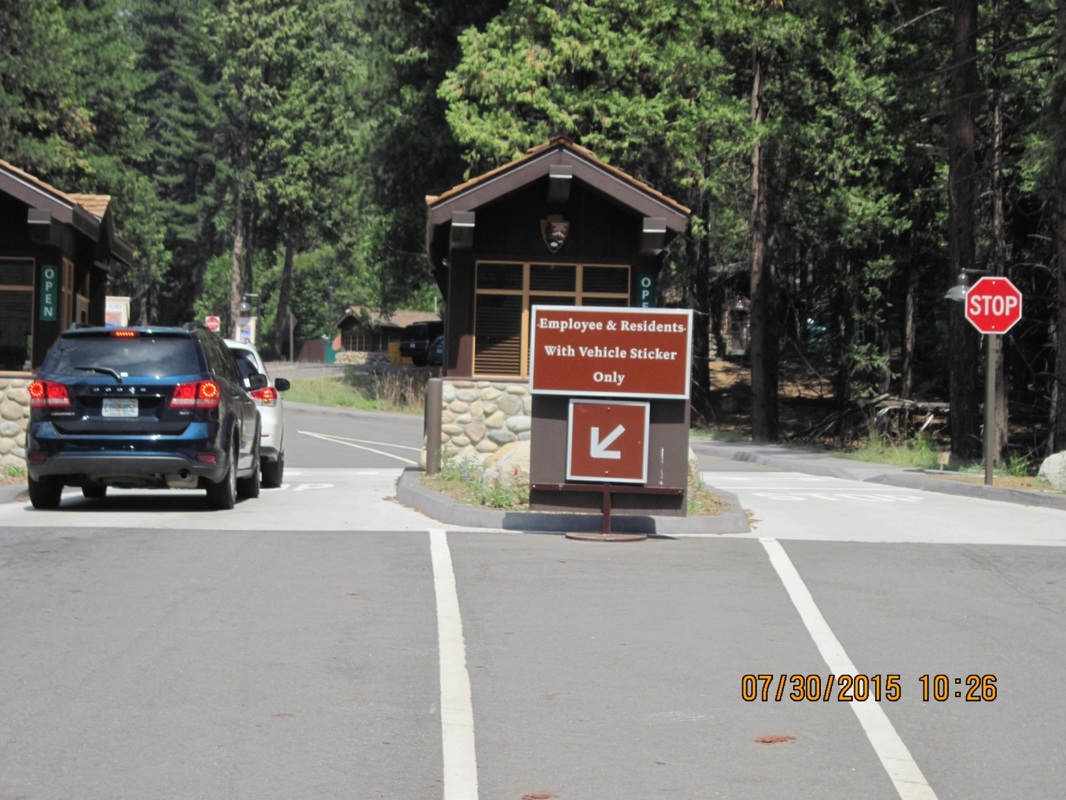 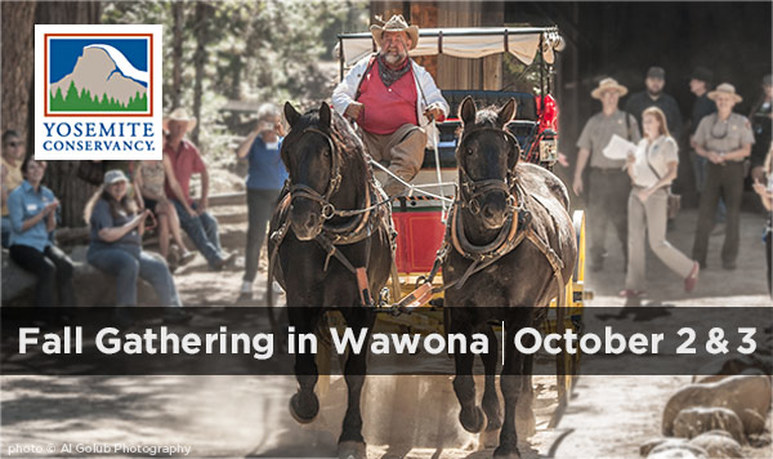 You are invited to join the
Yosemite Conservancy Fall Gathering celebration
on October 2 & 3, 2015Bring the entire family for an exciting day exploring Wawona and spending time with friends old and new.

Saturday activities will include guided walks by Yosemite experts, inspiring presentations, a picnic lunch, an afternoon reception and an evening Barn Dance. All 2015 donors of $25 or more are eligible to participate.

The fun kicks off with a Welcome Reception on Friday evening at the Wawona Hotel with appetizers and drinks for an additional registration fee.

For more information including pricing, itinerary details and to register for this event, simply visit yosemiteconservancy.org/FallGathering. 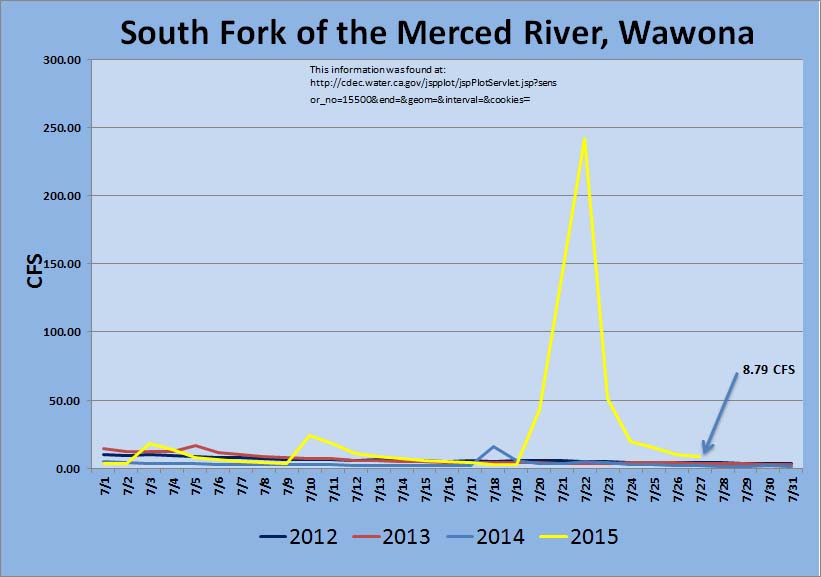 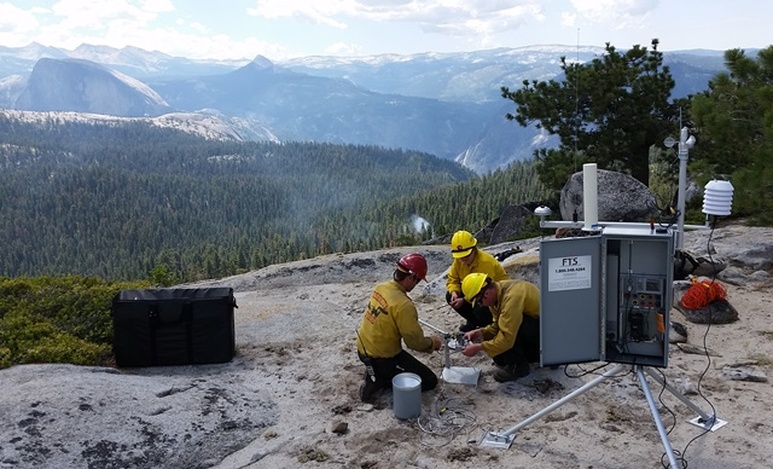 Wawona Engine 31 Crew installing a portable Remote Automatic Weather Station, often referred to as a P-RAWS. It was installed on a granite ridge northwest of the Indian Canyon Fire in early July after finding the lightning caused fire. It provides hourly wind speed and direction, relative humidity, temperature, precipitation amounts and other weather data important to firefightes and fire management. In the background is smoke from the Indian Fire, with Half Dome and other significant Yosemite peaks.

Lightning caused fires being monitored and managed for multiple objectives:  Thunderstorms came through the park on July 19 through 22. There are 12 confirmed lightning-caused fires. Lightning caused fires can take days or weeks to detect because vegetation has to dry out enough to create smoke or visible flames after the storm passes over.  Additional fires may be discovered, as temperatures rise and fuels dry out.  Most of these fires are small; single tree strikes that amount to less than a tenth of an acre. These fires are in the wilderness and are being monitored by either fire crews hiking into the fire areas or via air reconnaissance due to location, sparse fuels, and low growth potential.  Yosemite and Point Reyes fire crews are monitoring all fires.

Park-wide rainfall totals at Remote Automatic Weather Station (RAWS) since July 20: Wawona 1.91”; Crane Flat 0.78” and El Portal 1.5” and White Wolf 0.97”.   The recent rain has dropped park wide severity to 20 year seasonal lows.  Warming weather over the next 10 days should bring the park back into the normal range for our peak 6 week “peak” season (August 1 – September 15).

As with all fires, staff and visitor safety is of paramount importance. Each fire, regardless of size, is assessed for the appropriate course of action. At this time there are no road or trail closures and the park remains open. Smoke is staying local over the fires and has not been observed traveling to any smoke sensitive areas. All visitors are urged to use established campgrounds for fires.  With all campfires, when departing, please be sure fires are completely out. 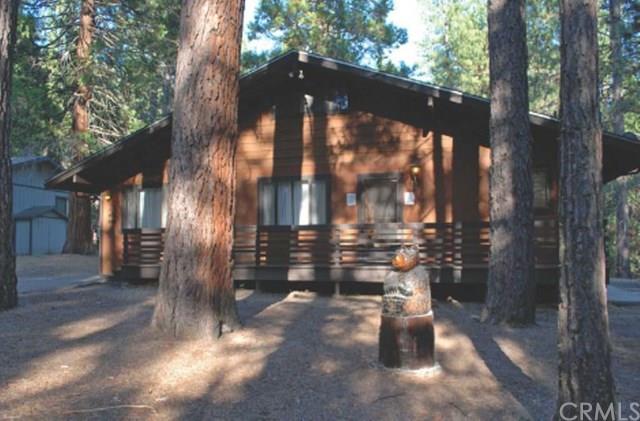 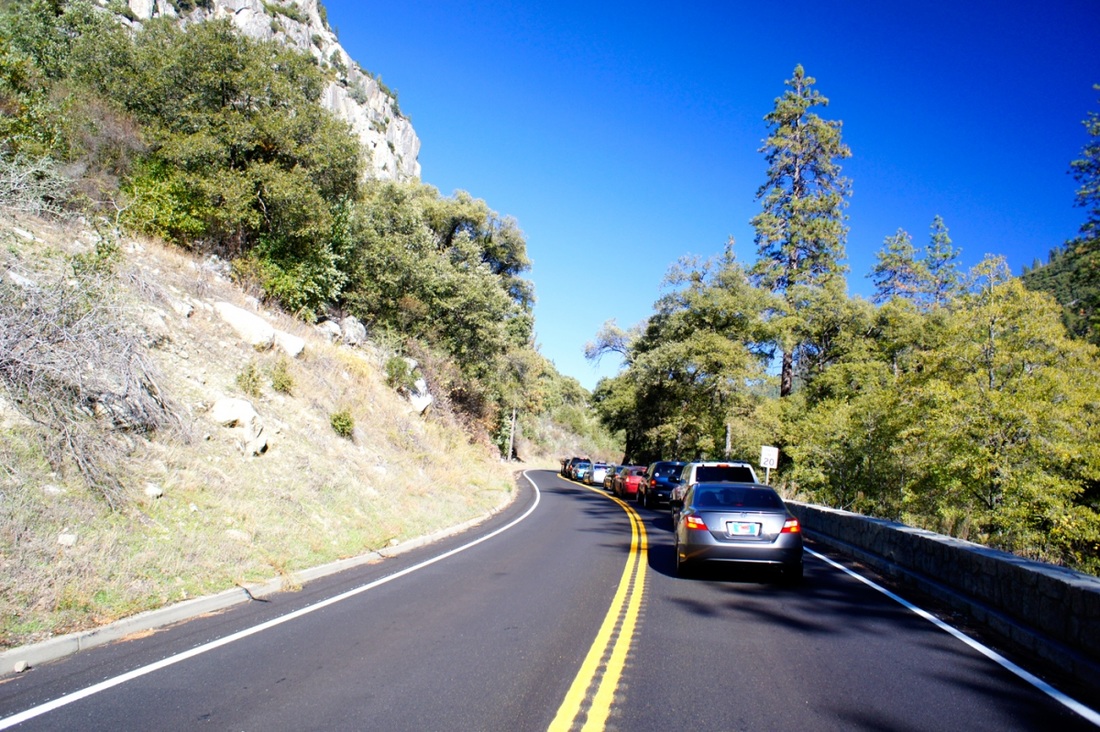 The Highway 140 in Yosemite National Park will reopen this evening (July 23) at 6:00 PM to all traffic in both directions. Delays may be possible for continued road clearing work in the coming days. We urge you to drive cautiously and watch for rock and debris on the road. No stopping in the slide area between Arch Rock entrance station and park line.

Thank you for your patience during this week. We would like to thank all of the road crews and staff who worked hard to get the road reopened quickly and safely.

Highway 140 Into the Park Temporarily Closed 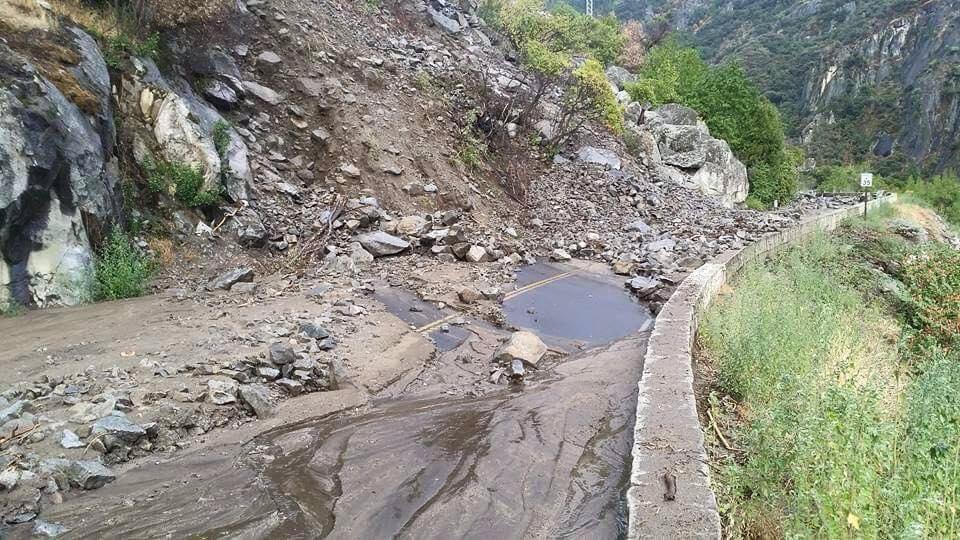 El Portal Road in Yosemite National Park — which is Highway 140 outside the park — has been closed due to a mudslide, Caltrans reported Tuesday evening.

The roadway is closed at the park boundary, Caltrans said.

Motorists will have to use different entryways to get into the park, such as the south entrance on Highway 41.

The slide occurred following days of thunderstorms in the Yosemite area. The storms were the result of moisture flowing over Central California from remnants of tropical storm Dolores.

The National Weather Service issued a flash-flood warning for parts of Tuolumne and Mariposa counties that extended to 11 p.m. Tuesday. Flooding was possible throughout Yosemite National Park.

Several locations in the Sierra down to Tulare County experienced more than half an inch of rainfall, according to Gary Sanger of the National Weather Service office in Hanford.

Oakhurst and Cedar Grove both reported half an inch, with Sugar Loaf in Tulare County receiving .8 of an inch and .65 falling in Yosemite Valley. 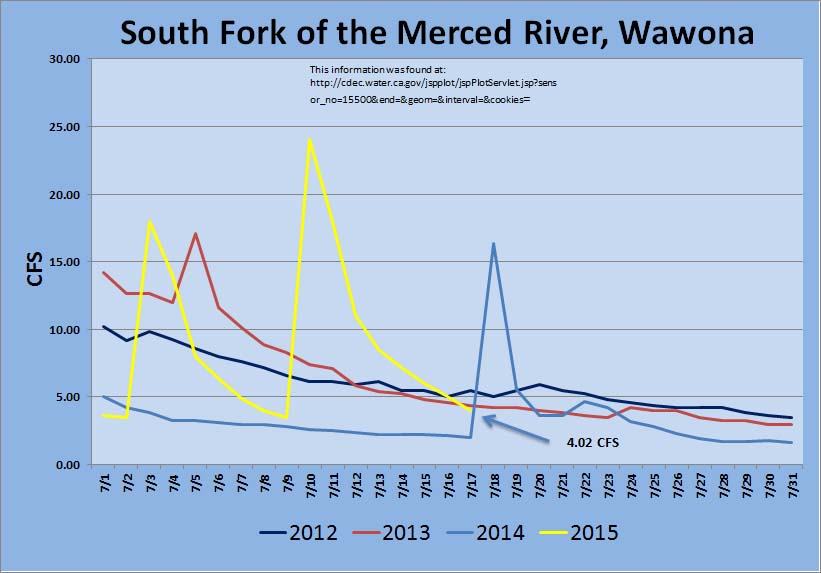 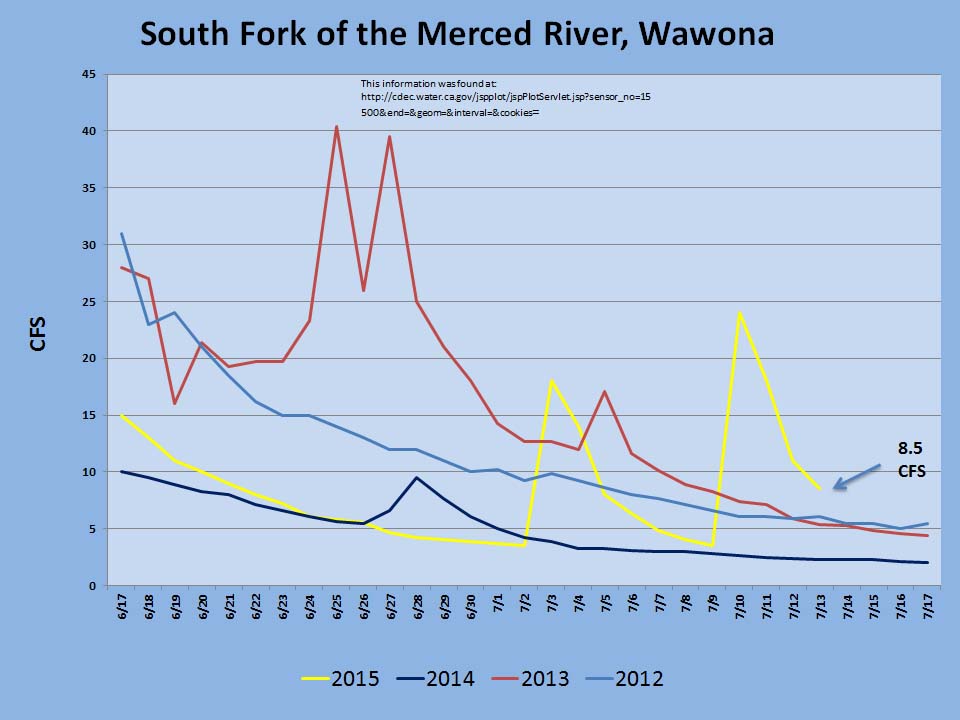 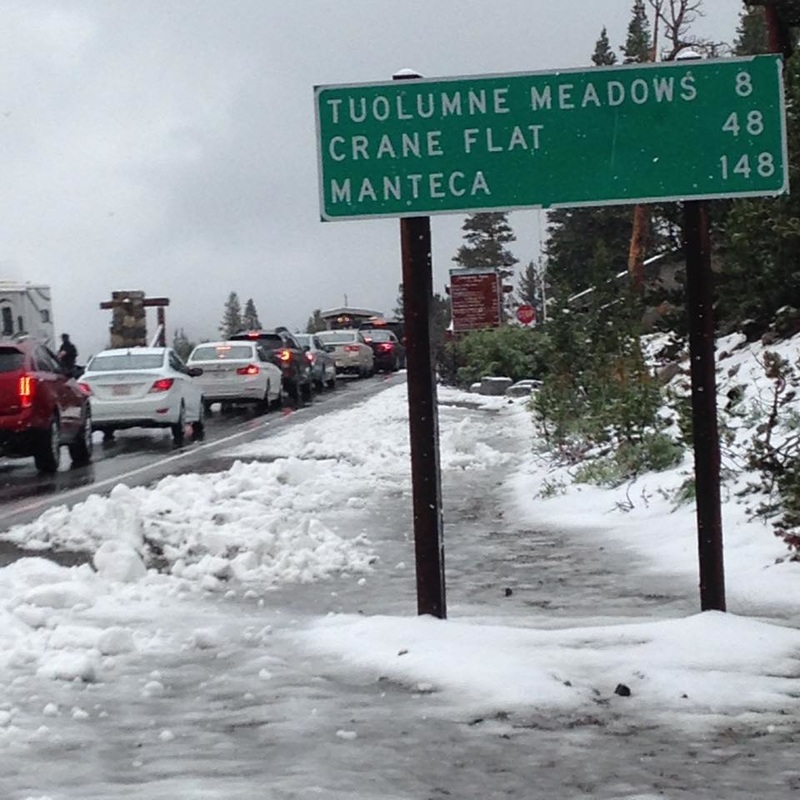 Photo taken this morning, July 9th. (CalTrans)
Wawona got intense thunder, lightning and plenty of rain through the night and into the morning (July 9th).  More rain arrived in the afternoon.  Tioga Pass has been temporarily closed due to snow in the high elevation areas of the park.  River level is expected to rise temporarily again.  Click here to watch video of snow on Tioga Road. 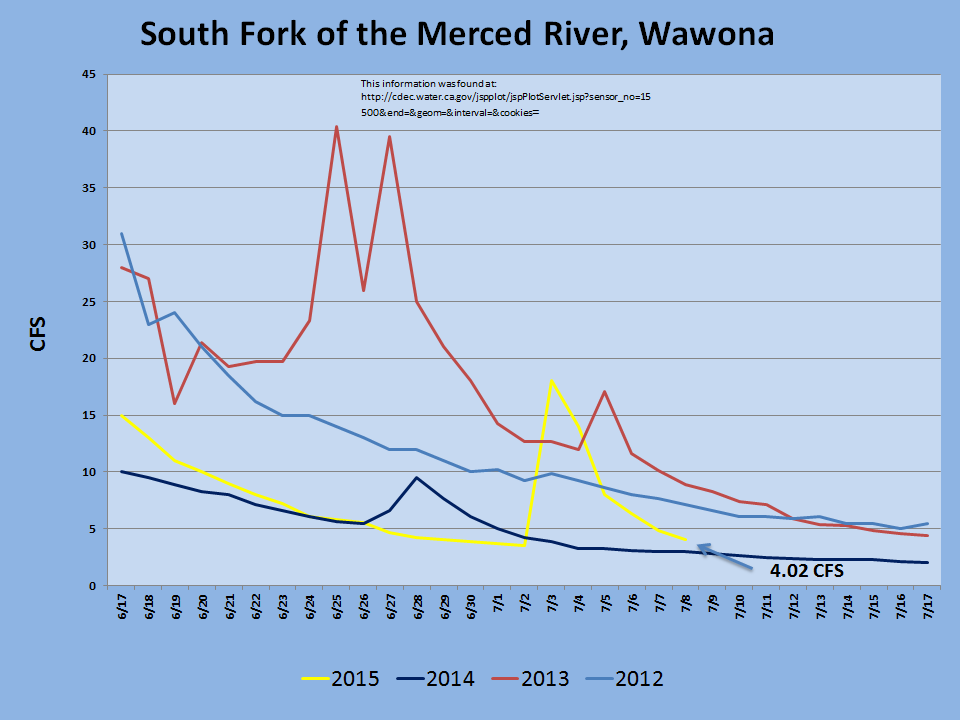 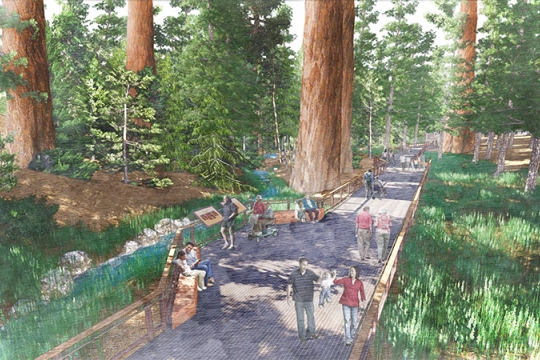 Beginning July 6th, the Mariposa Grove will be closed as crews start the larger scale restoration activities with removing asphalt and buildings as well as commencing construction for boardwalks and trails.  Due to safety concerns during construction, the Mariposa Grove will be closed to visitation until further notice.  This includes vehicles, pedestrian, bicycles, and equestrian use.  If you have any further questions or concerns, please contact Michael Pieper at (209) 200-1131. (M. Pieper) 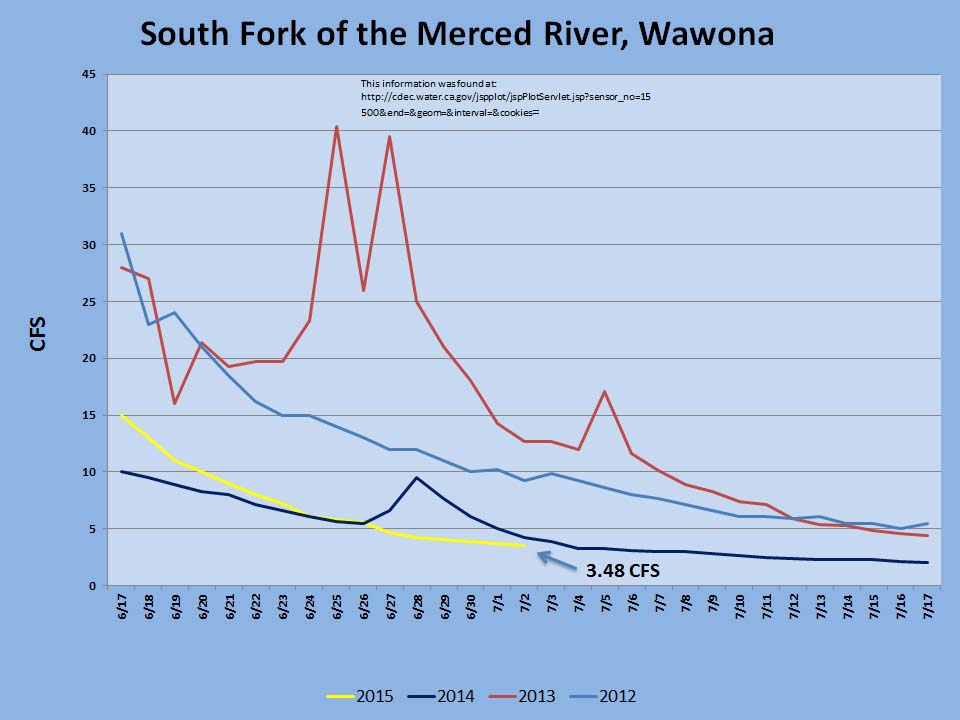