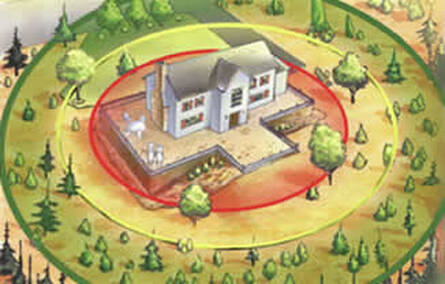 
​In an effort to work with the Wawona community on hazard fuel reduction around residence, Yosemite National Park has authorized homeowners to clear up to 100’ defensible fire space around their residence or structure. This includes clearing brush or vegetation from adjoining park lands. Before clearing brush from NPS land adjacent to your property you must obtain a permit, please contact Wawona District Ranger Eric Scott at 209-375-9520 or emailyose_fire_prevention@nps.gov or call the Wawona Fire Station at 209-375-9515. We appreciate the relationship we have been able to maintain over the years to help protect the community of Wawona from the threat of wildfires.
See the attached document for a look at the full permit letter.

For information about the Mariposa County Fire Safe Council Call 209-966-7700 or go tohttps://www.mariposafiresafecouncil.org/ unfortunately they are out of funds for this fiscal year however they may have some great information for residence or projects for next year.
NPS fire staff will be continuing defensible space inspections through the month if you have questions please contactyose_fire_prev@nps.gov or contact the Wawona Fire Station at 209-375-9515. For more information about defensible space clearance go to http://www.readyforwildfire.org/.

Be prepared for wildfire or any emergency by pre-planning your family and home in case of an evacuation, for more information go to http://www.readyforwildfire.org/Ready-Set-Go-Campaign/
Sign up for Nixle alerts on your cellular device by texting the zip code 95389 to 888777. Or go to the web pagewww.mariposacounty.org .
For Yosemite Alerts sign up with Everbridge by going tohttps://member.everbridge.net/index/453003085619123/#/signup


Also be prepared for power outages. As part of our Community Wildfire Safety Program, PG&E is implementing additional precautionary measures to help reduce the risk of wildfires. If extreme fire danger conditions threaten a portion of the electric system serving the community, it may be necessary for them to turn off electricity in the interest of public safety. This is called a Public Safety Power Shutoff. For more information go to https://www.pge.com/en_US/safety/emergency-preparedness/natural-disaster/wildfires/public-safety-power-shutoff-faq.page 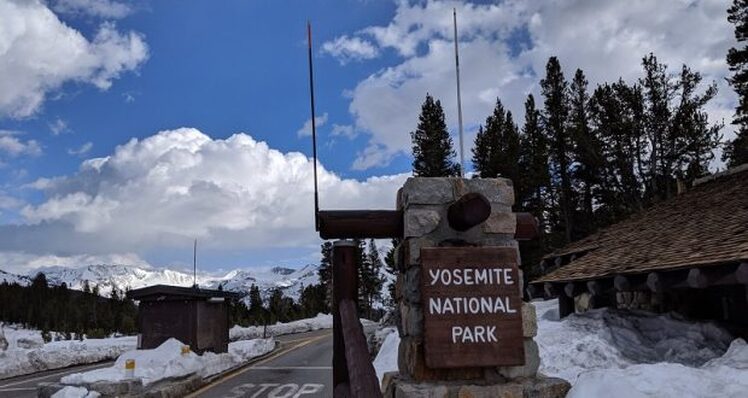 Tioga Road In Yosemite Will Open With Limited Access

No parking will be allowed on Tioga Road and day use recreation is not permitted. There is no visitor parking available at either end of the road closure.

There are no visitor services available along Tioga Road.
The Tuolumne Meadows Visitor Center, Wilderness Center, and the Tuolumne Meadows Campground remain closed. Opening dates for the 2019 season have not been determined. Restroom facilities will be available 5 miles east of Crane Flat Junction and at Tioga Pass.

Visitors are encouraged to plan their trips over Tioga Road in advance and to prepare for the restricted access and no access to visitor services. The road will remain closed outside of these times to allow for continued roadwork and snow clearing.
Cyclists traveling over Tioga Road will need to be prepared to cross over the full length of Tioga Road during daylight hours. Tioga Road is closed to overnight camping.

Backpackers
Backpackers planning trips in the High Sierra will be able to be dropped off and picked up at trailheads along Tioga Road. All backpackers will need to pick up their wilderness permits in advance and have a bear canister in hand. It is strongly recommended for all backpackers to be aware of the timing that the road is open and closed and to plan their trip logistics accordingly. Any backpacker who misses the road open period will need to be prepared to spend an additional night in the wilderness. All wilderness regulations will remain in effect. 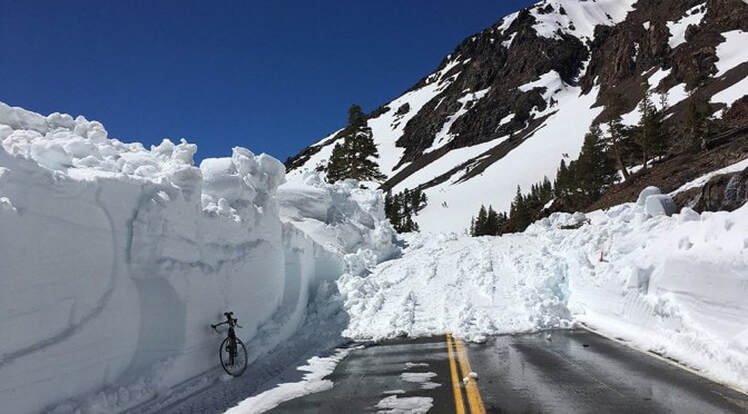 
​ BRADFORD
​Road crews are patching potholes, cleaning ditches and road side debris and forestry is wrapping up immediate hazard tree work that needs to be done. The Avalanche Team performed one final blast on Olmsted to primarily charcoal the upper section.
Yesterday we were able to work each end of Olmsted to narrow this area down to about 100 yards wide and you can now see each vehicle pass through the zone from each end. The west bound lane is still acting as the toe of the snow remaining on the slope so we are not able to remove at this time. The area is finally beginning to melt out but it needs to reduce in volume/depth before we can change to just a no stopping zone. We are hoping that by early next week we will see dramatic difference in snow levels with the water running off the slope.
Though it has been reduced in size it is still unstable due to the heat and water running under the snowpack and could result in a wet slab release that will impact the road.
Tony with Mono County will be coming up tomorrow afternoon and Bob Brantley will be showing him Olmsted and what efforts we have been doing to reduce snow in this area.
B&G and Utilities has been working daily this week in TM and sounds like they are making good progress.
We are hoping next week is the big push of melt and we can get the avalanche areas safe to get full opening crews up there to push facilities open. I also have a draft of a vehicle access-shuttle plan in the Supt office in case we can get the road safe but the snow is preventing us from stationing our emergency services people or getting water or services turned on…we could try to use this to at least let cars through on a limited hours basis if possible.
I would guess we are still looking at melting out all next week but the warmer temps are improving things.
--
Michael Reynolds
Superintendent
Yosemite National Park 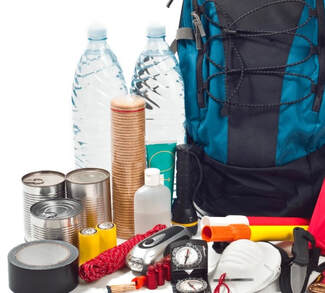 What can I do to prepare for a Public Safety Power Shutoff?
It is important to prepare an emergency plan in advance in the event your family is affected by a power shutoff – or any other emergency.What if I’m dependent on electricity for a medical device?During a Public Safety Power Shutoff, ALL customers serviced by an affected power line will have their power shut off. If you rely on electric or battery-dependent medical technologies such as breathing machines, a power wheelchair or scooter, and home oxygen or dialysis, it is critical that you have a plan in place for an extended power outage. 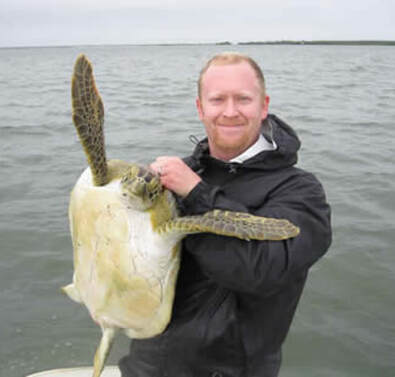 What DNA can tell us about critters and conservation: eDNA and Species Identification of fish, amphibians, and turtles
Prof. Joshua Reece, Fresno State University
Thursday, June 20 at location TBD (Wawona Community Center or The Redwoods)
Doors at 6:00pm, Lecture at 6:30pm

The ability to collect, sequence, and analyze DNA sequences has become incredibly affordable and feasible for conservation biologists in the 21st Century. Dr. Joshua Reece from Fresno State University will share his work on two projects incorporating DNA and conservation biology: biodiversity of river-associated fish, amphibians and reptiles in Sequoia and Kings Canyon National Parks and identifying subspecies of Western Pond Turtles throughout California. You will learn about how DNA can help conserve wildlife and about resident biodiversity in the Sierras. ​ 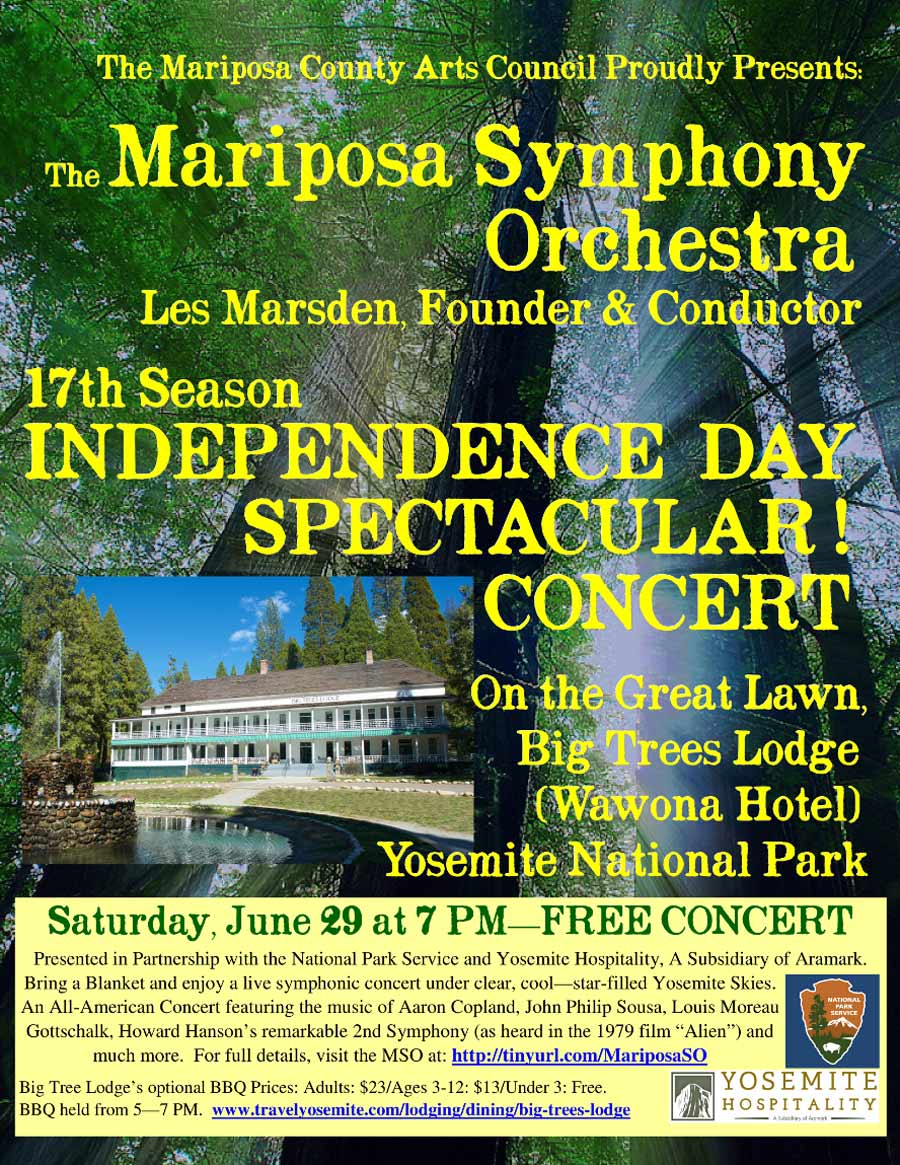 Annual "Spectacular" Concert in a Spectacular Setting
June 3, 2019 - The Mariposa Symphony Orchestra's 2019 "Independence Day Spectacular!" Concert will enjoy a new, yet venerable venue this year.  The orchestra will perform outdoors on the Great Lawn of the Big Trees Lodge (formerly, the Wawona Hotel) in Yosemite National Park on Saturday, June 29 at 7:00 P.M.  This concert is offered through the MSO's partnership with the National Park Service and Yosemite Hospitality, a division of Aramark.  The Mariposa Symphony Orchestra is a program of the Mariposa County Arts Council, Inc.  The initial, main building of the Big Trees Lodge was built in 1876, the year of America's Centennial.

MSO Founder/Conductor Les Marsden has programmed an all-American concert featuring works from some of this country's greatest composers, well-known and little-known.  In that latter category, two of Louis Moreau Gottschalk's complex piano works have been orchestrated into orchestral showpieces by Marsden: "The Union" and "Marche des Gibaros - Souvenir de Porto Rico."  The MSO concert commemorates two of that composer's anniversary years: the 190th of his birth and 150th of his death.  New Orleans-born Gottschalk (1829 - 1869) was America's first great piano virtuoso - considered by many to be the superior of Liszt, Chopin and Thalberg. European-trained, at a young age he was proclaimed "The King of Pianists" by Chopin himself and became an international rock star of his time, the toast of crowned heads and the common man alike.  In his brief lifetime, he performed a grueling number of concerts extensively throughout Europe, Asia and the Americas, including a remarkable number of concerts during the American Civil War in patriotic support of the Union.

​He created the concept of "monster concerts" in which as many as 700 musicians would be massed on a stage; he composed well over 300 works, many today lost.  An alleged incident in San Francisco involving an underage girl from an influential family led to his fleeing the US in late 1865, spending his final few years in South and Central America. "The Union" is a clever potboiler of well-known tunes including "The Star-Spangled Banner," "Yankee Doodle" and "Columbia."   "Marche des Gibaros" is a ground-breaking work in which Gottschalk quotes a Puerto Rican Christmas tune as well as several distinct and irresistible Caribbean/African rhythms including the Spanish-Cuban Habanera, a half-century before those influences would form the inspiration for jazz.  The piece is included on the MSO concert in observation of 2017's Hurricane Maria, which devastated the American territory of Puerto Rico.

Far more familiar music will include a pair of American icons: 1942's "Fanfare for the Common Man" by Aaron Copland (1900-1990) and a piece not necessarily recognizable by name, but familiar through its effective use in the 1979 space thriller film "Alien": the Second ("Romantic") Symphony by Howard Hanson (1896-1981) composed in 1930.  An astonishing, beautiful, haunting and ultimately thrilling work, John Williams has acknowledged that Hanson's "Romantic" Symphony inspired the film composer's score for the 1982 film "E.T." and at times, the resemblance (especially in E.T.'s "flying" music) is remarkable.   The concert will also feature traditional patriotic music and more.

The MSO's 2019 "Independence Day Spectacular!" Concert outdoors at the Big Trees Lodge (Wawona Hotel) in Yosemite National Park will be free of charge and attendees are advised to bring blankets to spread on the lawn for seating.  The Big Trees Lodge is located on Wawona Road (the continuation of Highway 41 inside Yosemite) approximately five miles north of the South (41) Entrance.   This concert is made possible by the generous cooperation and assistance of Michael Reynolds – Superintendent of Yosemite National Park, the National Park Service, Yosemite Hospitality – a division of Aramark and the musicians of the Mariposa Symphony Orchestra.

In addition to the free symphonic concert under the stars in Yosemite, the Big Trees Lodge will offer its Saturday BBQ just steps away from the performance area from 5:00 P.M. - 7:00 P.M. on the evening of the 7:00 P.M. concert.  The all-inclusive price is $23 for adults and $13 for children (3-12) with the meal free for those under 3.
Full information about the Big Trees Lodge BBQ including menu may be found at: travelyosemite.com/lodging/dining/big-trees-lodge.  Contact the Mariposa County Arts Council at (209) 966-3155 for more information; full detailed program notes will be posted on the Arts Council's website soon.
Source: MSO
Wawona News Wawona News