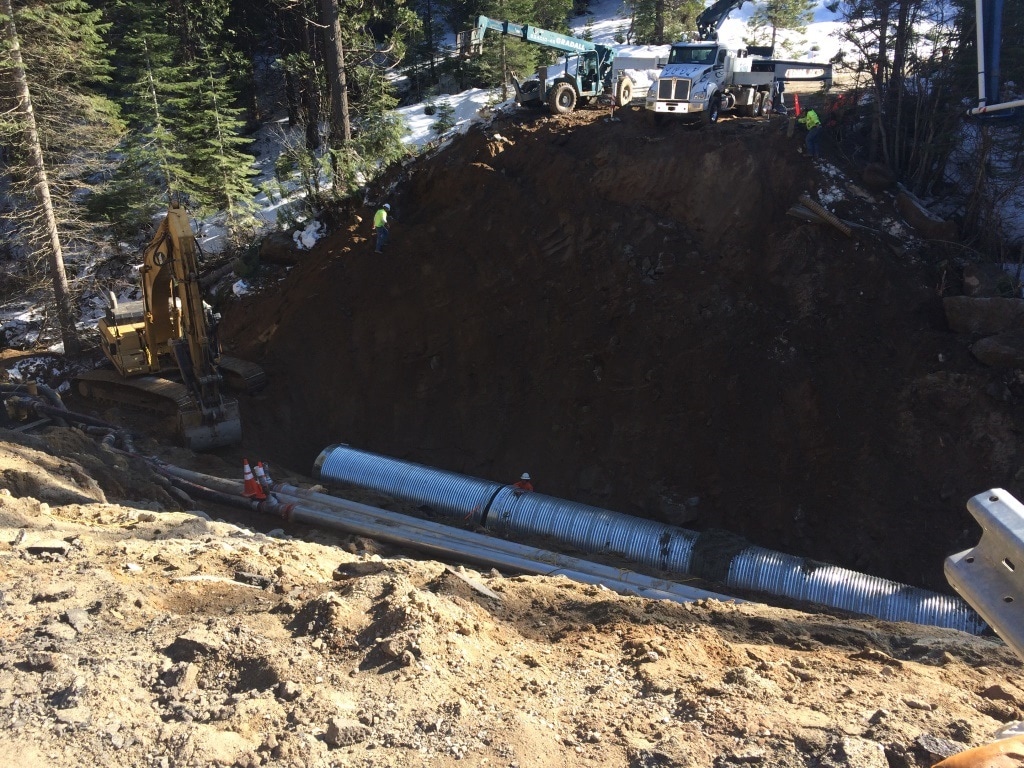 CalTrans has placed the new large culvert in to the Hwy. 41 damage site and started pouring concrete over it, so that's a good sign.  The storm coming this weekend could set them back a day or two if it snows 10+ inches they are calling for.
​
Eric Scott
Wawona District Ranger
Yosemite National Park
Office:  (209) 375-9520 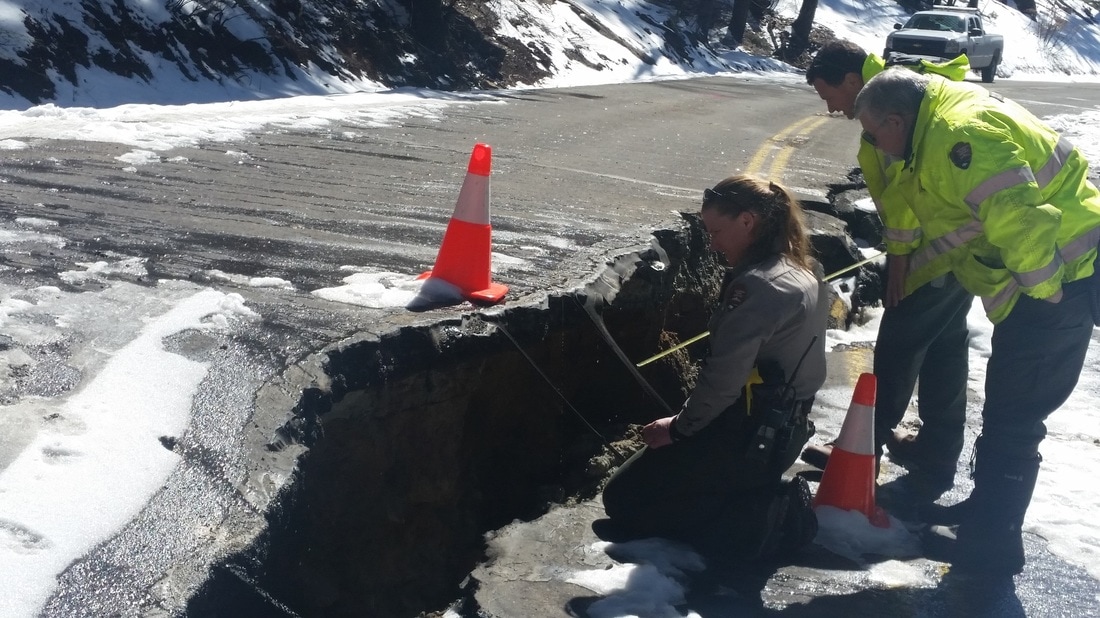 Yosemite National Park is moving forward with repairs to the damaged Big Oak Flat Road (Highway 120 West) leading to Yosemite Valley. Severe storms have impacted the road and it continues to be unsafe for vehicular travel, and has been closed since late February. The Federal Highways Administration has selected a contractor to repair the road. Work is expected to begin next week.

Significant rain and snow this winter has saturated the soils, resulting in movement under the road bed. This soil movement has caused a large fissure to form in the roadway that has resulted in both lanes of traffic being unsafe for vehicles. Soils under the road continue to move, causing further damage. Over 100 feet of road, near the Big Meadow Overlook, has been impacted by this fissure. There is no estimated date for the road to reopen.

“We fully understand that this is a major impact to park visitors and businesses along the highway corridor,” stated Yosemite National Park Acting Superintendent Woody Smeck. “We are working as quickly as we can to get the road reopened safely.”

Visitors are still able to visit Yosemite National Park via the Big Oak Flat entrance. Crane Flat and the Merced and Tuolumne Groves of Giant Sequoias are accessible and open. The park has waived the entrance fee for visitors entering the park via Highway 120.

The Wawona Road (Highway 41) is currently open within Yosemite National Park. However, visitors traveling to the park from the south will not be able to access Yosemite National Park, on Highway 41, due to road damage on the highway in Fish Camp, just south of the park’s entrance. Caltrans is working on road repairs. Please check with Caltrans for current road conditions. http://www.dot.ca.gov/

Highway 140 (El Portal Road) remains open and clear for all vehicular traffic and is the only access to Yosemite Valley, the Yosemite Ski and Snowboard Area, and Wawona. Visitors traveling on this road are urged to drive slowly and be aware of rocks and debris on the road.

​    Ryan Zinke Confirmed As Secretary of the Interior

Yesterday, Ryan Zinke was confirmed and sworn in as the 52nd Secretary of the Interior. And, this morning, many NPS staff in Washington, DC joined our colleagues from other bureaus to welcome the Secretary as the U.S. Park Police escorted him to the Main Interior Building for his first day on the job.

Secretary Zinke has a lifelong relationship with national parks and public lands, and under his leadership, we will continue to provide the highest level of public service in our stewardship of the places and programs of the National Park Service.

I'm happy to report that Secretary Zinke also shares our NPS leadership focus on our employees. We have made some good first steps to improve your ability to address workplace problems with the addition of the Ombuds office, and we will continue to make positive changes to support all of you and make the NPS workforce a welcoming, diverse, and empowered organization. We are looking forward to working with Secretary Zinke to improve accountability and make the changes necessary to be sure that every employee has a safe and respectful work environment.

Vote every day from March 1st through March 24th!

Each e-mail address will be counted once a day, every day! 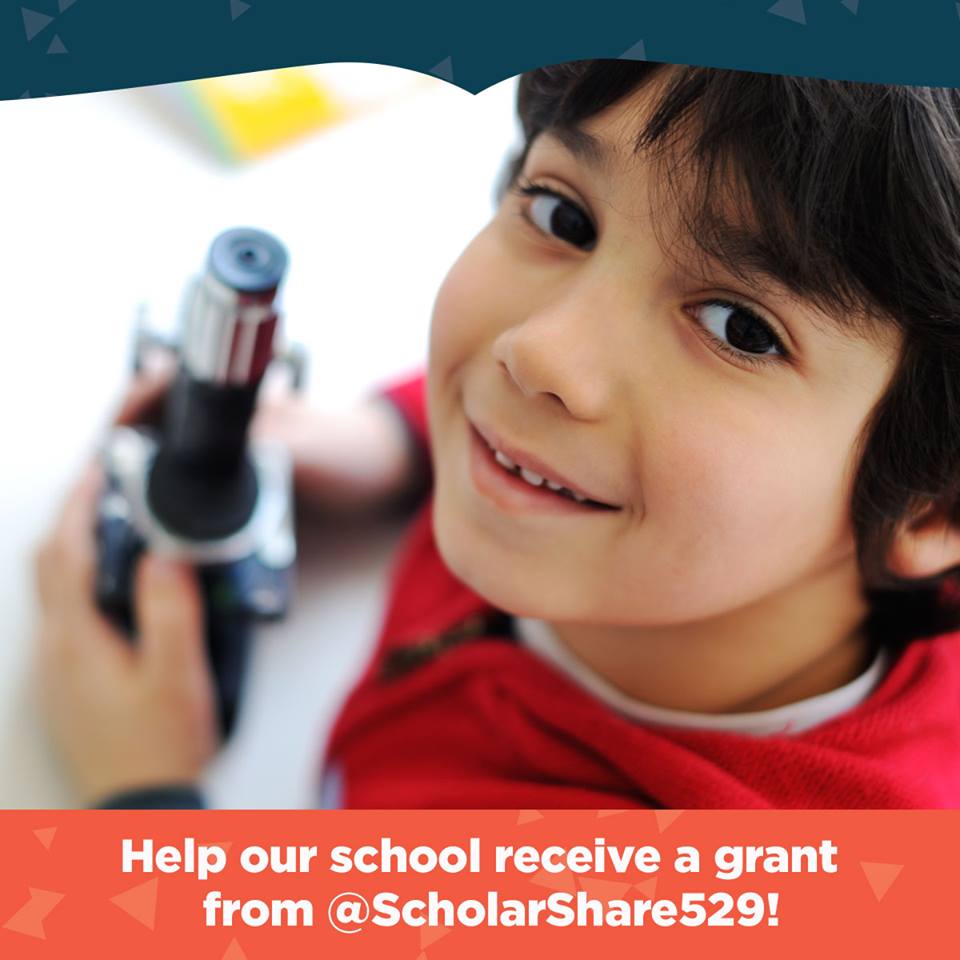 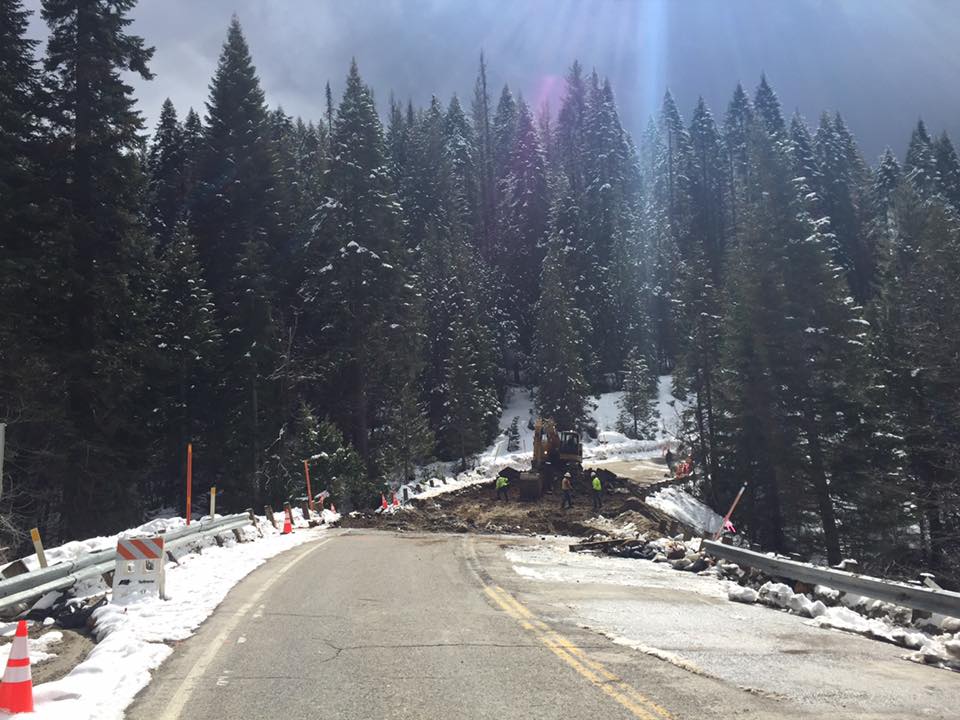 For employees and residents who currently live and work in Wawona, there will be a meeting at the Wawona Community Center on Monday, February 27, at 11 am, to discuss a transit plan to deal with the Highway 41 closure.

(You can view photos of the roadwork at https://www.facebook.com/caltranscentralvalleydistrict6/posts/1256644717745609.) 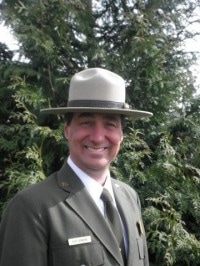 Chip is familiar with Yosemite, having served as Chief of Strategic Planning from 1994 to 2002. In this role, Chip was involved in a wide range of programs including working on the team that created YARTS, as the park’s primary liaison with the Yosemite Fund, and serving as the Hetch Hetchy Program Manager.

Chip is married with two teenage boys.  He enjoys spending time with his family, skiing, hiking and camping.

Chip and Lisa will continue to focus on serving employees and maintaining operational continuity during this period of transition.  Please join me in welcoming Chip back to Yosemite National Park. 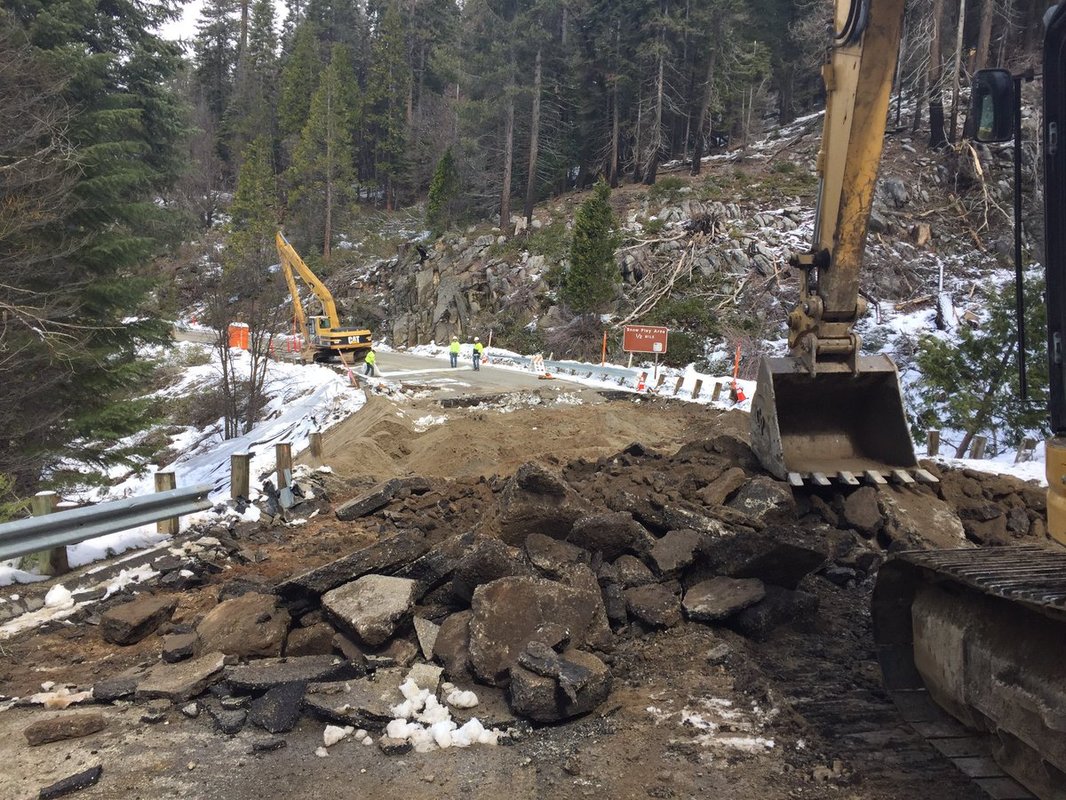 Road will not reopen until next week at earliest.
​ 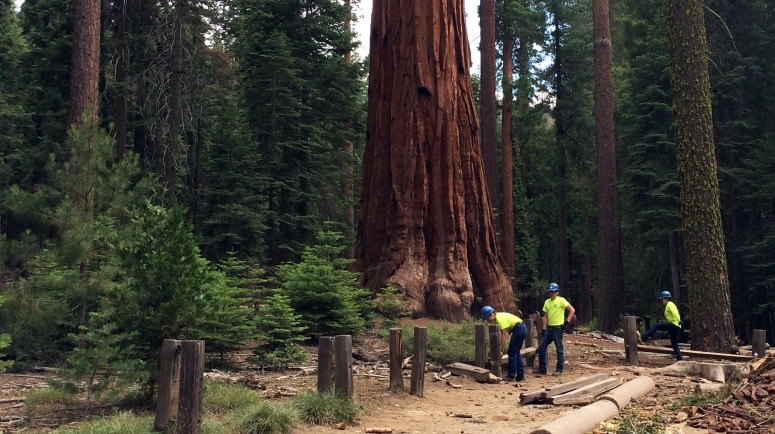 The reopening date for Mariposa Grove in Yosemite National Park has been delayed until fall due to weather concerns, park spokesman Scott Gediman said.

By Mark Evan Smith
A $40 million project to complete renovations to the Mariposa Grove of Giant Sequoias in Yosemite National Park won’t be completed until this fall, park spokesman Scott Gediman said.
The grove, which welcomes an estimated 1-2 million people a year, houses some 500 mature giant sequoias and is one of the park’s most popular attractions.
Gediman said the project, which began in late June of 2014 and was supposed to finish this summer, has been delayed due to a winter filled with heavy precipitation.
“What happened, as we all know, is we’ve had significant rain and snow which is of course wonderful, but it’s hampered construction efforts,” Gediman said.
Gediman said work still needs to be done on repaving roads in the grove, renovating trails, getting new restrooms hooked up to the park’s plumbing system, and planting new trees or other vegetation.
When it’s finished, Gediman said guests will enjoy more natural sights, as an old parking lot and gift shop have been removed.
“In the past they were in a parking lot with a noisy tram and gift shop, but now it will be a much more natural, contemplative experience,” Gediman said. “It will be much more quiet. The idea is to get it back to the days of John Muir and Teddy Roosevelt, where it was more natural, and beautiful.”
The old parking lot was impacting the roots of the trees as well, Gediman said, which necessitated its removal. Instead, a smaller lot with less than 20 spaces will remain, and most people will be transported to the grove via a shuttle at the park’s southern entrance north of Fish Camp.
“This will help ensure the health of the trees which weren’t getting a lot of the drainage from rain and snow,” Gediman said. “By restoring that natural hydrology, the grove will be restored to more natural conditions and we hope it will generate new groves to diversify the trees in the area.”
The project’s cost was covered by a public-private partnership between the National Park Service and the Yosemite Conservancy, Gediman said, with both putting in about $20 million.
2016 was a record year for attendance at Yosemite, as more than 4.9 million people visited the park. That was an increase of about a million more than the previous record.

Big Oak Flat Road is closed 24 hours per day between Crane Flat and Foresta due to storm-related road damage. The only access to Yosemite Valley and Wawona is via Highway 140.

BY MARK EVAN SMITH​ - Sierra Star
​
Highway 41 in Fish Camp, shortly south of Yosemite National Park, was completely closed Tuesday after Caltrans crews noticed a portion of the road begin to sink due to a powerful hailstorm, spokesman Cory Burkarth said.
Burkarth, contacted by phone as he was on the way to the site, said it was unknown when the highway would be reopened. For those planning to visit Yosemite, the suggested detour is to take Highway 49 to Highway 140 in Mariposa, Burkarth said.
Burkarth said the closure was a result of continued issues with the southbound shoulder of the highway in the area of the Summerdale Campground, after a hole opened up earlier this month as a result of being washed out due to ongoing winter storms.
Since that time, one-way traffic controls were in place 24 hours a day, Burkarth said, and the decision to fully close the highway was made out of a concern for public safety.
“In the interest of public safety and to ensure we can safely monitor that section of roadway, we decided it needed to be closed immediately,” Burkarth said. “We have a full team of maintenance and construction staff working diligently on this section of roadway to determine when we’ll be able to reopen it.” 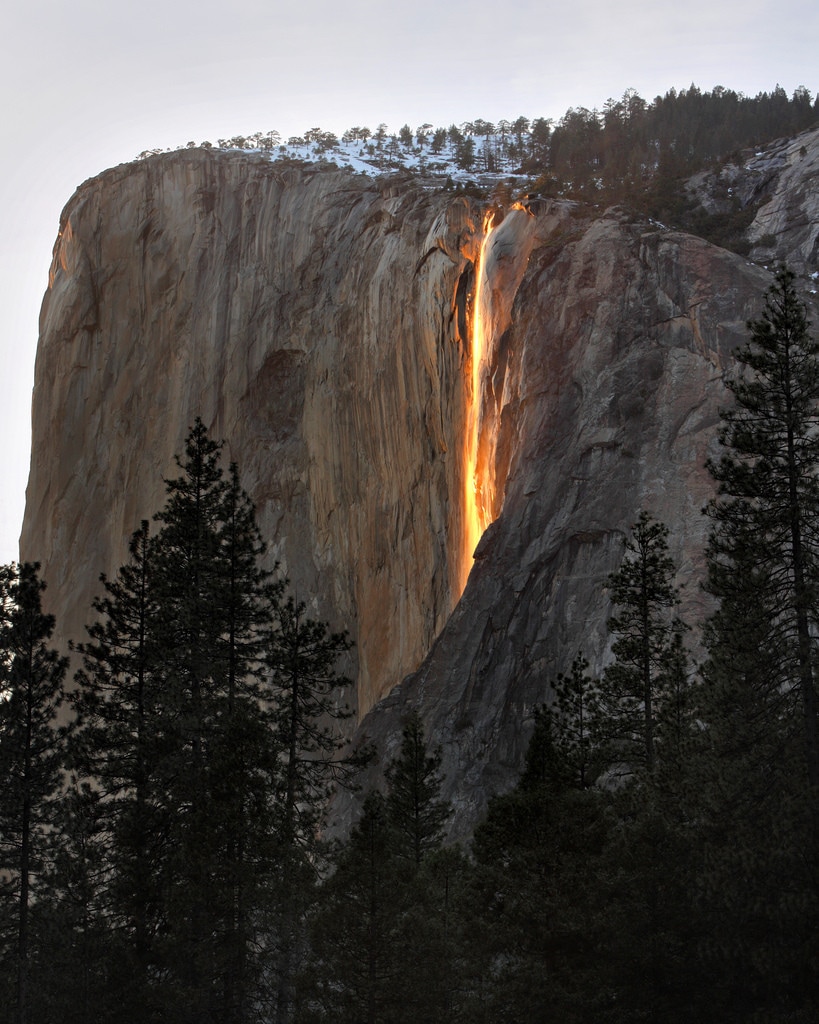 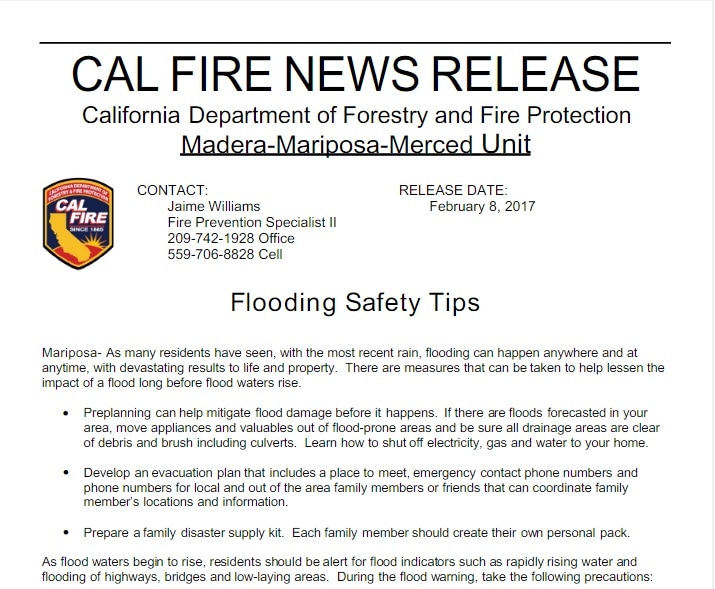 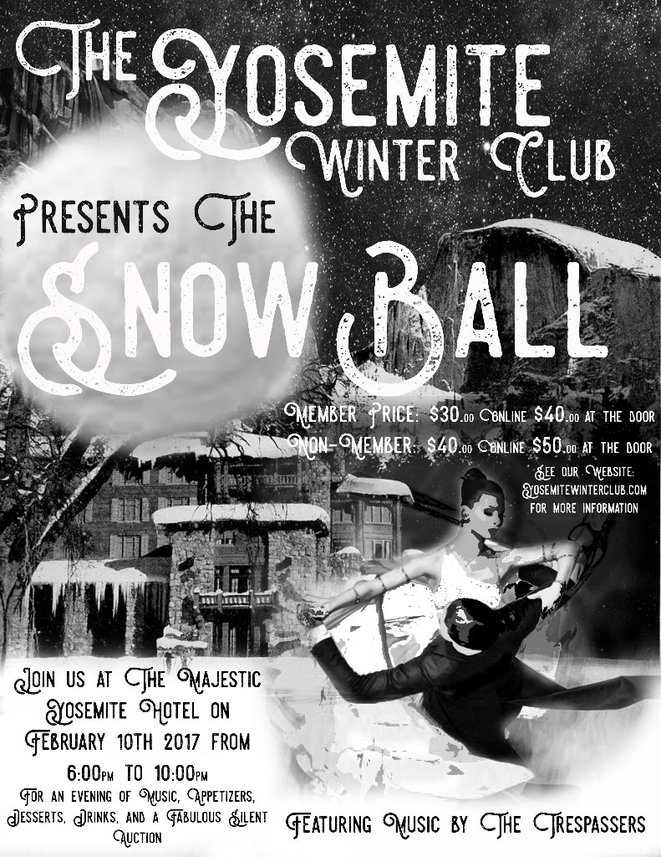