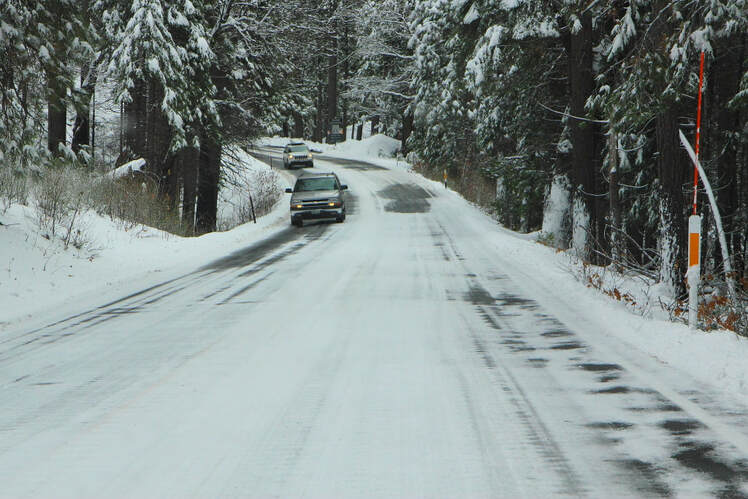 ​
Yosemite Highways Reopen, GP Road Still Closed
Posted by: gina clugston February 6, 2019 -
YOSEMITE – Yosemite National Park officials have announced that El Portal Road (Highway 140), Wawona Road (Highway 41), and Big Oak Flat Road (Highway 120 from the west) have been reopened as of noon today. Tire chains are required.
Areas remaining closed for now: Roads within Yosemite were closed on Feb. 4 due to heavy snow accumulation and tree failures.
For all current road conditions within the park, call 209-372-0200 (dial 1, then 1 again).
For current information on highways near Yosemite, click here and type in your highway number.

Yosemite Mariposa County Tourism Bureau meeting that had been scheduled for: Wednesday, February 6th
1 pm to 2:30 pm at the The Redwoods Conference Center has been canceled due to road conditions. We will post the new date once it is determined. 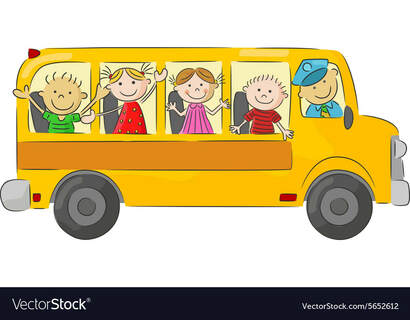 3.1- Approval of Agenda
3.2– Approval of Minutes of the regular meeting of January 23, 2019
3.3- Accept the resignation of Elise Bevington from the Board of Directors
3.7–Approve Payroll
3.8- Approve Warrants

The public may address the Board on any matter pertaining to the school that is not on the agenda. There will be no Board discussion and no action will be taken unless listed on a subsequent agenda. Speakers will be limited to 3 minutes.

Consideration and Action on Form 990 in order to satisfy audit requirements.

Request that various items be placed on the next agenda for discussion and/or action.

Unless otherwise announced, the next regular meeting of the Board of Directors will be scheduled for Wednesday, March 13, 2019 at 5:30 p.m. at the Wawona School.

Note: The Board will consider and may act upon any of the following items in closed session. Any action taken will be reported publically at the end of closed session as required by law.

The government shutdown hasn't stopped people from visiting the country's national parks. Here's what a few visitors had to say at Yosemite on Jan. 2, 2019.
After more than a month in a partial U.S. government shutdown, workers were starting to trickle back into nearby national parks over the weekend, as officials expected the seasonal visits to resume and workers to get paid again.

On Sunday, Yosemite National Park spokesman Scott Gediman was making calls and planning staff meetings for workers who were expected to return to the park Monday after 35 days away. Gediman, who worked through the shutdown without pay, said the park saw partial staffing during the weekend before the entire workforce arrived.

Entrance to Yosemite through Highway 41 remains limited. Visit Yosemite Madera County had reported that the south entrance into the park was also open to residents and those with confirmed reservations. Otherwise, visitors were directed to enter via Highway 140 or through Big Oak Flat entrance from Highway 120.
​
Gediman said limits on the Highway 41 entrance were expected to be lifted in the “next several days” once workers had a chance to return and clean up. Just like the uncertainty over how long the country’s longest government shutdown would last, it was difficult for Gediman to say when exactly all park functions would return to normal. 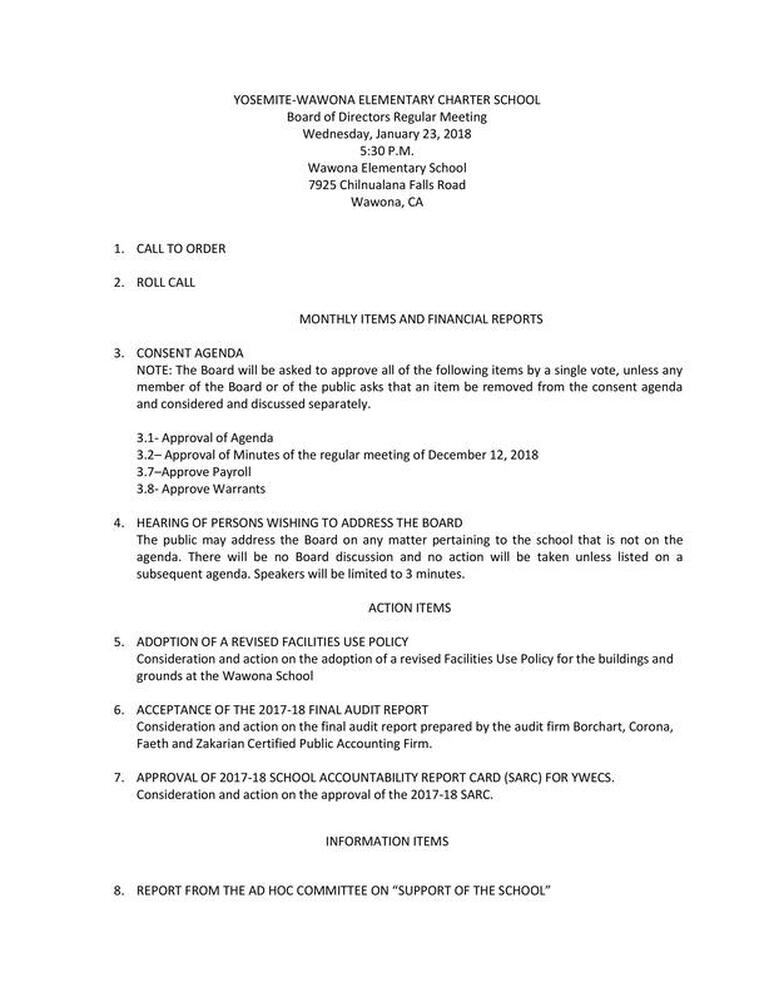 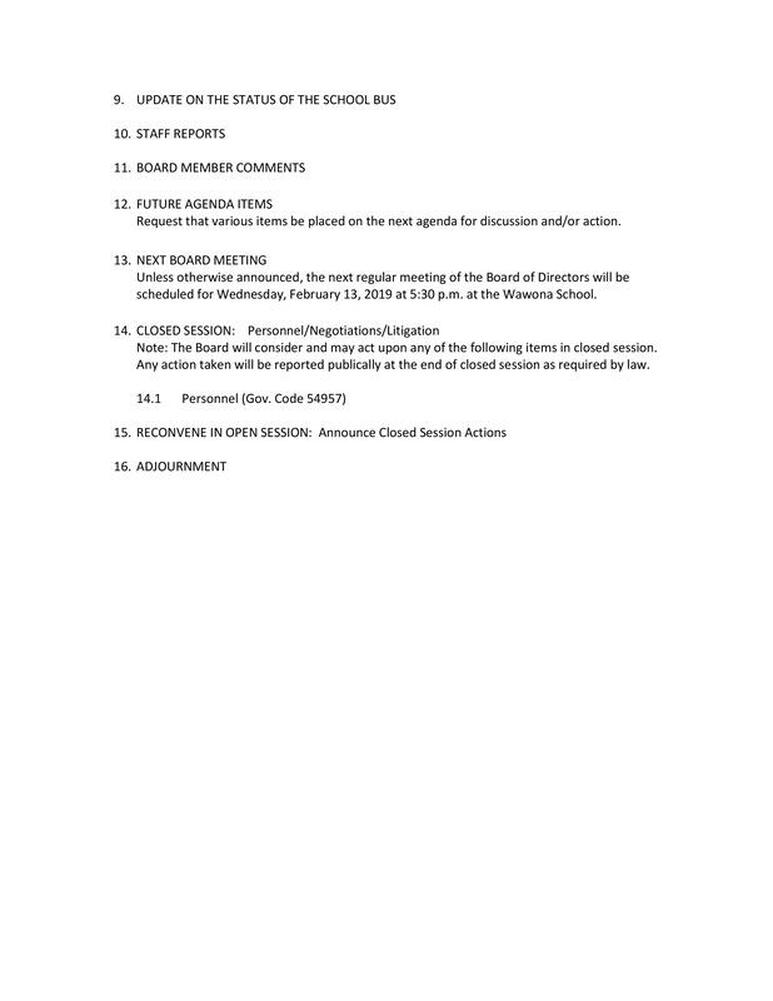 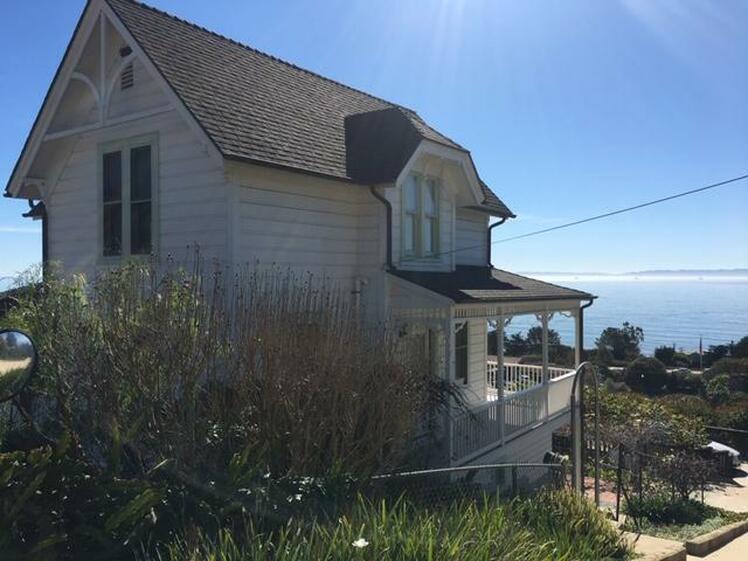 In 1853, Galen Clark had long ago left his native Canada, moving through Missouri and other American locales. He was 39 and widowed, had farmed out his five kids to relatives and gone through multiple bad businesses. He was broke and suffering from consumption—tuberculosis—and doctors had given him six months to live.
​
He moved to the mountains of California, in what became Mariposa County. As his health improved, he explored the area, learning its secrets, seeing what only the Indians had before him. One discovery was the Mariposa Grove of giant sequoia trees, an imposing landmark then as it is now.
Three years past his death date, Clark  wrote about the area. He pushed lawmakers to protect it from development and proclaim its treasures to one and all. His efforts picked up steam, and, in 1864, President Abraham Lincoln signed legislation that granted the grove and the Yosemite Valley as California’s first state park.

Clark benefited from that decision. In 1866, park overseers named him the official guardian of Yosemite—in effect, he became the nation’s first park ranger. In that role, which he held for 22 years, he protected the area (quite a job for just one man). He prevented any illegal cutting of timber or construction of buildings, kept the peace with Indians and settlers, and provided guided tours.

By the late 1880s, naturalist John Muir was convinced that only the federal government could truly protect the area.  With Clark’s help, Muir’s campaign led to President Benjamin Harrison signing into law, on October 1, 1890, Yosemite as the third national park—it included not just the valley and the sequoia grove, but also the surrounding mountains and forests.
The park allowed Clark to run a hotel and charge a fee as a guide. But he had not become a better businessman; Clark was constantly in debt. In the last decade of his life, he wrote three books on the park--Indians of the Yosemite Valley and Vicinity, The Big Trees of California and The Yosemite Valley—to pay his bills. While the books are informative, Clark left out one important character: himself.
​
In his final years, Clark lived at the Summerland spiritualist colony near Santa Barbara, where his house still stands. He also paid visits to his daughter in Oakland, where he died, nearly 96, on March 24, 1910.

The Yosemite Mariposa County Tourism Bureau (YMCTB) would like to invite you to participate in an upcoming town hall-style meeting, focused on tourism marketing priorities for Mariposa County.

The YMCTB is entering our 12th year of existence. As we continue to grow, evolve and improve, we need you, our stakeholders, to give us feedback and input on our goals and priorities.

There will be staff introductions, and a short presentation, with the majority of our time dedicated to conversation. We do hope that you’ll take an hour or two of your valuable time to participate. 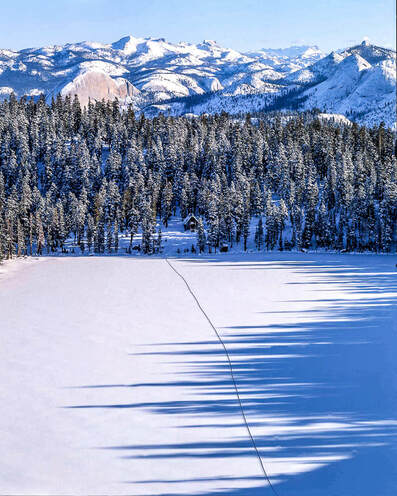 ​Called back to Yosemite from beyond the grave, Yosemite’s first Guardian tells the tale of his life: a great deal of hardship with a bit of glory. Mr. Clark endured serious health issues, crushing personal tragedy and decades of financial difficulty, but persevered to outlive every challenge. His selfless dedication to protecting this park in its early days and his great respect for every visitor endeared him to all who knew him and set a model for every park ranger since to live up to. 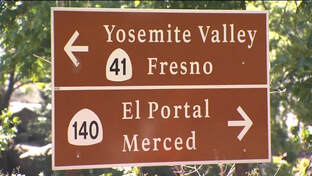 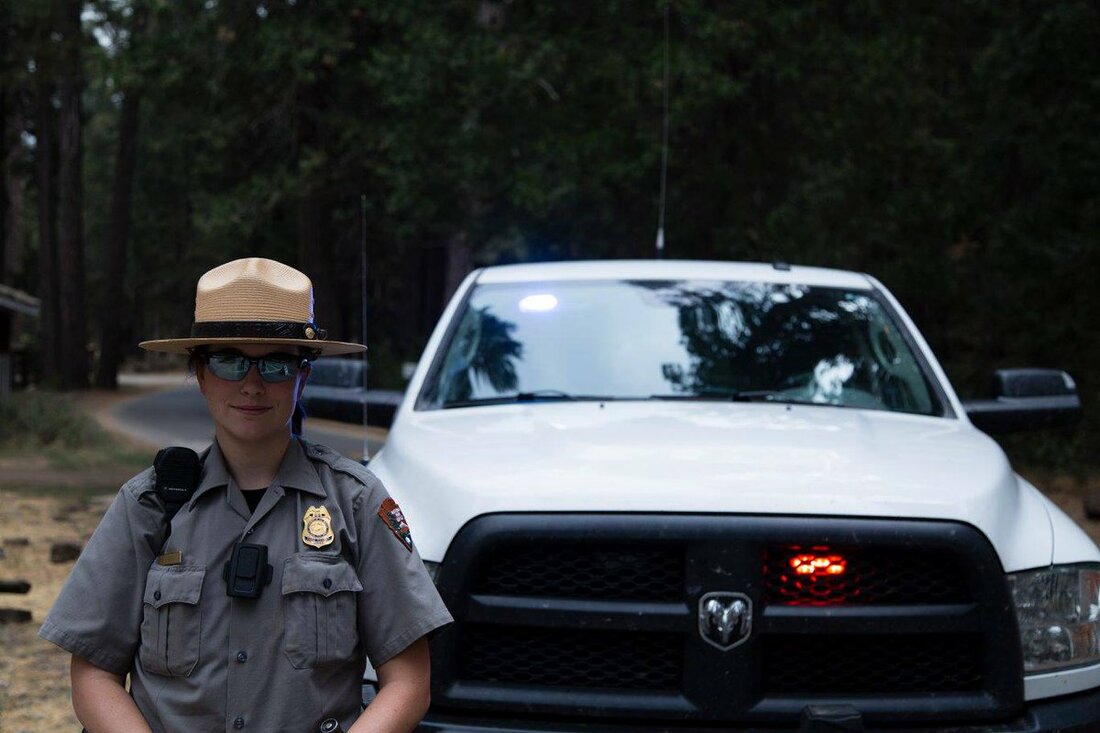 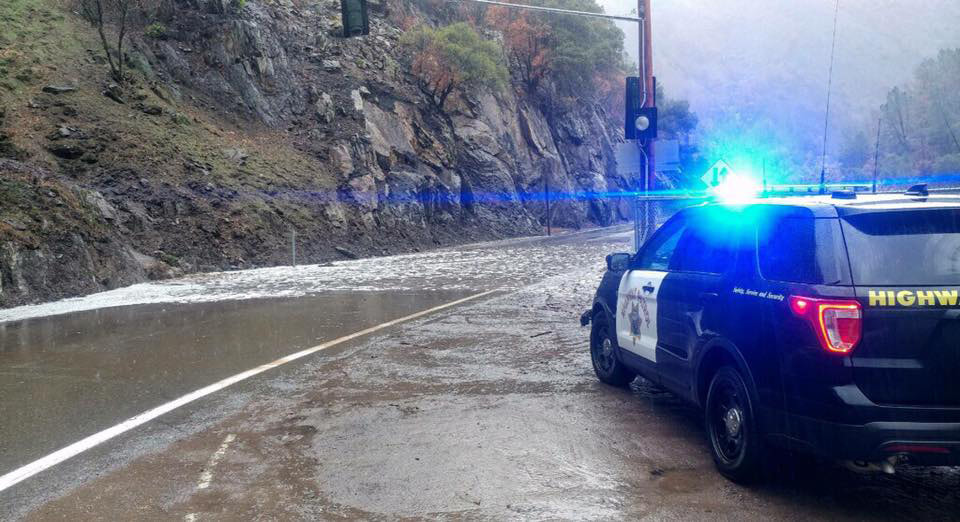 TRAFFIC ADVISORY
FULL HIGHWAY CLOSURE
STATE ROUTE 140 FROM MIDPINES TO EL PORTAL IN MARIPOSA COUNTY
MARIPOSA COUNTY Jan. 16 – The California Department of Transportation (Caltrans) is planning a pre-emptive closure of State Route 140 in and near the Ferguson Fire burn scar beginning at 7 p.m. on Wednesday, January 16, 2019. This is due to an ongoing storm that could impact the roadway, and the closure is scheduled for the sake of public safety.

The estimated time of opening is dependent upon the impact of the weather. This closure will take place for approximately 17 miles from Bear Creek near Midpines to Foresta Road in El Portal – approximately 4 miles west of the Yosemite National Park entrance.

Risks for this stretch of roadway in storm conditions include mudslides and the movement of debris such as rocks onto highway lanes.

This closure is scheduled to begin as listed, but is subject to change due to traffic incidents, weather, availability of equipment and/or materials and other issues. 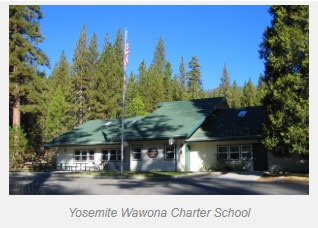 
​The Yosemite Wawona Elementary Charter School January board meeting has been rescheduled to January 23.  The YWECS charter renewal will be voted on at the Bass Lake Unified Elementary School District on Wednesday, January 9 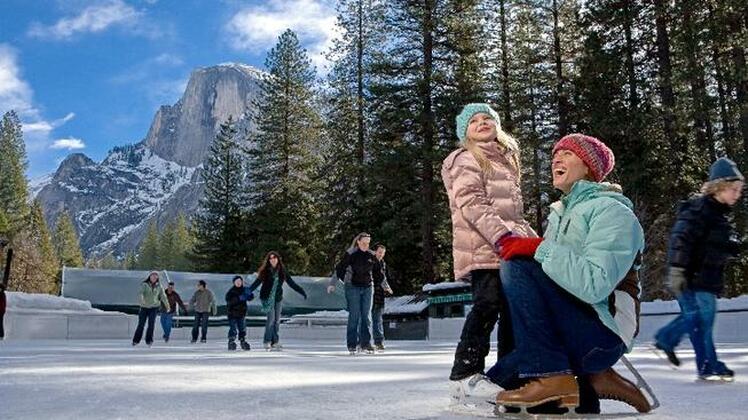 (CNN) The National Park Service said Sunday that it would use reserved money from visitor fees to keep up operations at parks around the country affected by the ongoing government shutdown.

"We are taking this extraordinary step to ensure that parks are protected, and that visitors can continue to access parks with limited basic services," read the statement from the agency's deputy director, P. Daniel Smith.

The statement noted that the visitor fee money "would typically be used for future projects at parks," but the lapse in appropriations for the Park Service meant the funds "can and should be used to provide immediate assistance and services to highly visited parks."

The statement added that the Park Service would not fully open parks, and smaller sites would stay closed.The Park Service is one of several agencies affected by the partial government shutdown, which headed into its third week over the weekend. The agency said previously that it would seek to keep parks "as accessible as possible" during the funding lapse.
Wawona News Wawona News