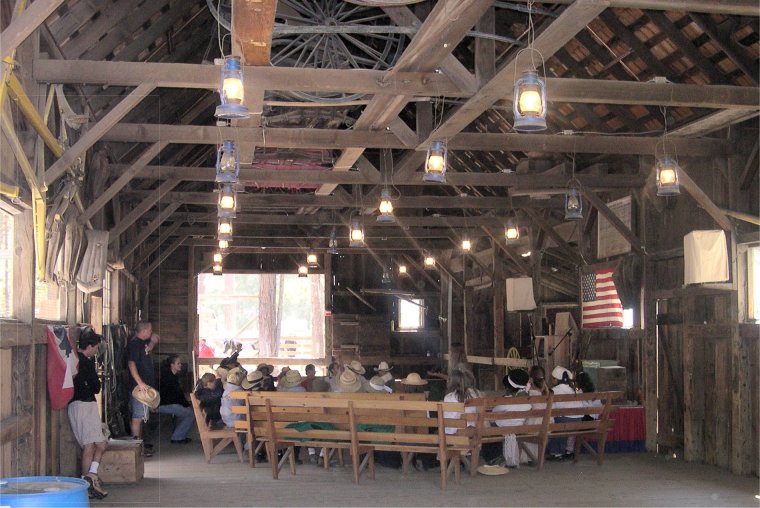 Come celebrate Yosemite's Youth Programs by joining us Friday, July 8th for the annual Youth in Yosemite Open House at the Gray Barn in Wawona! High school and college students will share their stories and their passions in this exciting and inspiring event. This year we are celebrating the participants in Adventure Risk Challenge, the Yosemite Leadership Program Summer Internship and the Youth Conservation Corps! The event begins Friday, July 8th, from 1:00-3:00. (C. Raines) 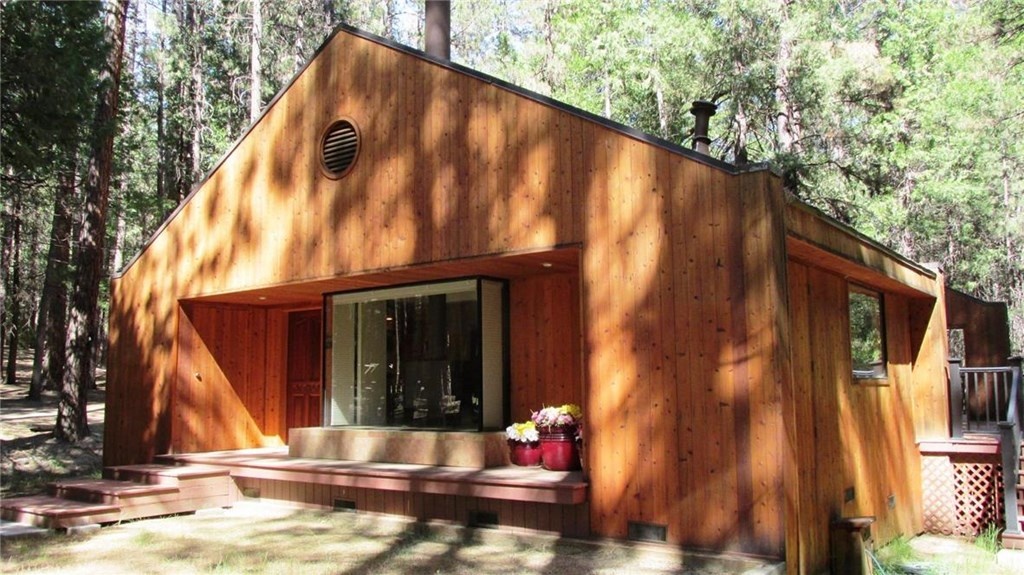 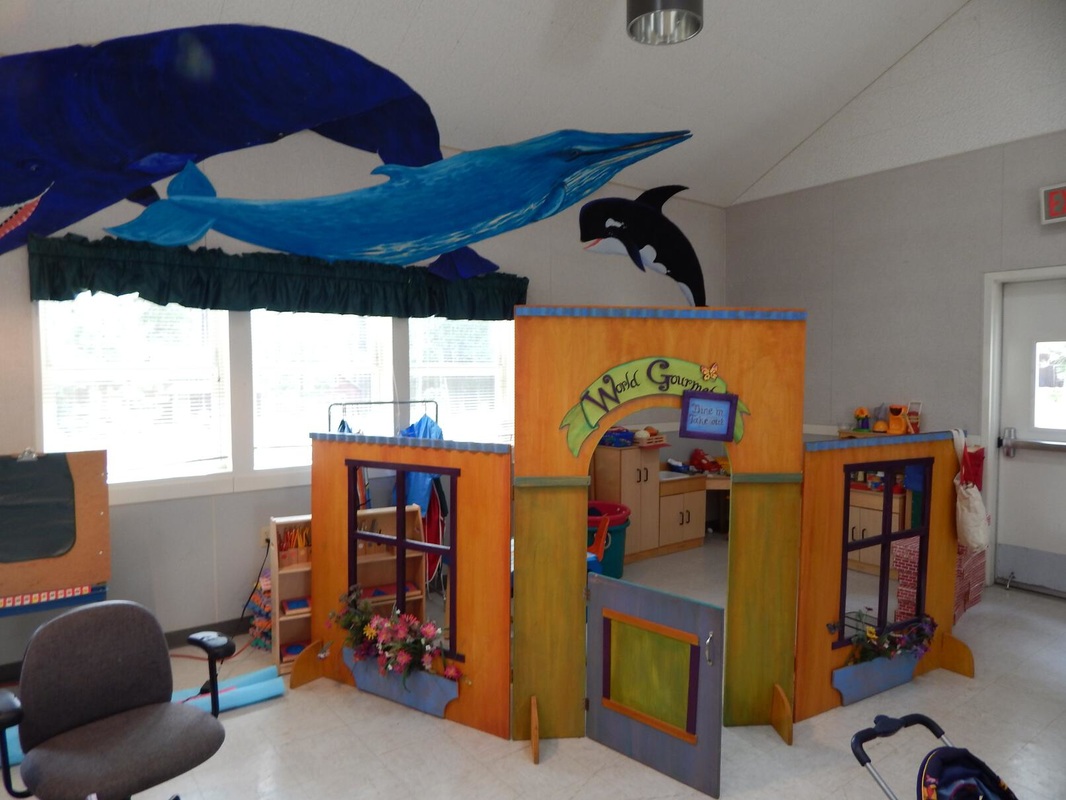 5. HEARING OF PERSONS WISHING TO ADDRESS THE BOARD

The public may address the Board on any matter pertaining to the school that is not on the agenda.

There will be no Board discussion and no action will be taken unless listed on a subsequent agenda.

NOTE: The Board will consider and may act upon any of the following items in closed session. Any action taken will be reported publicly at the end of the closed session as required by law. 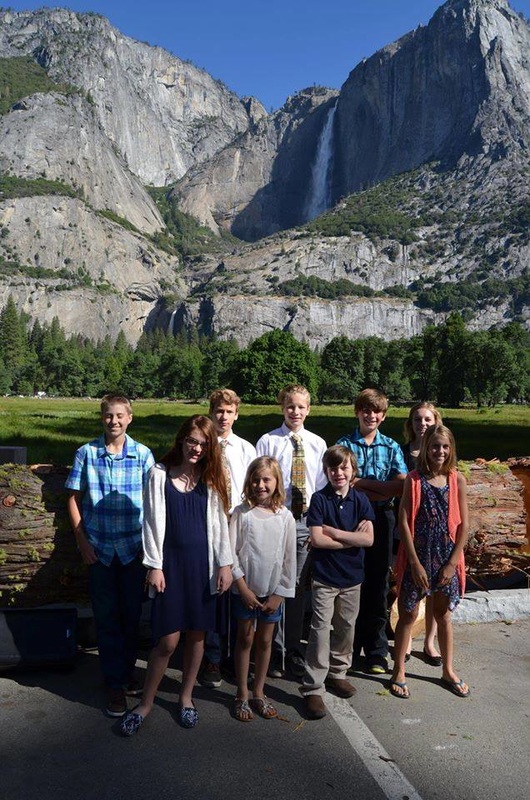 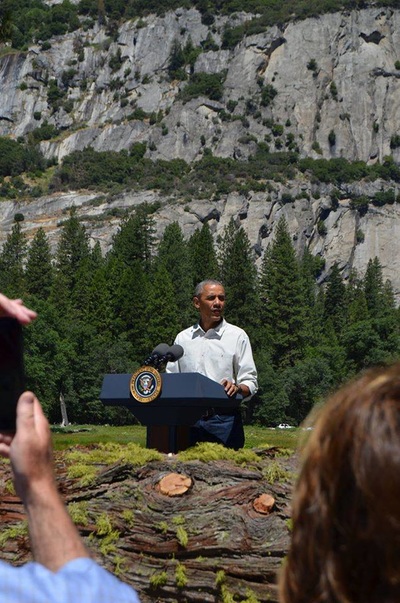 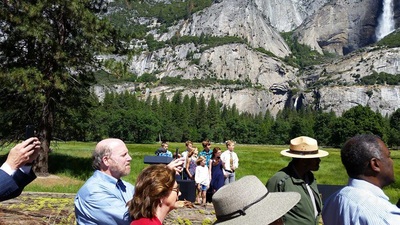 Shout-out to some of our amazing students from Yosemite Wawona Elementary Charter School who were invited to say the Pledge of Allegiance today before President Obama took the stage.

What an amazing opportunity for some of our local students! It's surely a day they will never forget! They even got to shake President Obama's hand! How cool! :)
​
Photo Cred: Bethany Gediman 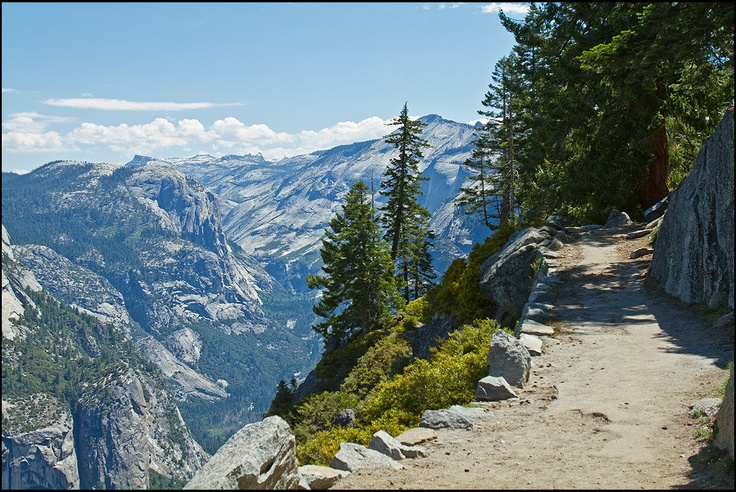 Fresno Bee -Business out of the way, the Obamas, including daughters Malia and Sasha, set out to see some of the sights. Driving up out of the iconic Yosemite Valley, past the postcard-perfect views of Tunnel View, the first couple and their children hiked an area near Glacier Point, and then from the point itself hiked back down to the valley floor.

That made good on the first lady’s promise to Fresno Congressman Jim Costa during a conversation Friday at Castle Airport that the family was “going to hike all over the park as much as we can.”

Moment with the president

Yosemite National Park Superintendent Don Neubacher met with Obama for about a half-hour on Saturday morning to discuss the challenges facing the park and its future.

“You could tell he had an emotional connection to Yosemite, even though this was his first time here,” Neubacher said. “I was just very impressed. He was very genuine.

“He’s very knowledgeable and he’s emotionally connected to these sacred places in the National Park Service,” Neubacher added. “He’s very interested in the threat of climate change on public lands and on the planet.”

“We’ve had a drought, and they’re saying droughts are going to increase and we’re going to have less snow, which feeds the Central Valley and all the agriculture industry,” Neubacher said. “Over time these climate change influences are going to be more and more profound.”

Madera County Supervisor Tom Wheeler, whose district includes communities near Yosemite’s south entrance, hopes the president noticed the massive tree die-off in the Sierra Nevada.
Anyone heading into the mountains sees scores of dead, red pine trees standing out in stark relief to the still-alive green trees that remain.

Wheeler’s message to the president: “While you’re here, please look at our forests, it’s really important.”

The combination of drought and the bark beetle, which devour pines, has had a major impact, said Rep. Tom McClintock, the Republican whose 4th Congressional District includes Yosemite.

McClintock said it’s not possible to declare a federal state of emergency for the dying forest. Even so, he said studies indicate as much as 85 percent of pine stock in the Sierra is dead.

Lois Martin, 72, was invited to hear Obama speak as a representative of indigenous peoples. Martin is chairwoman of the American Indian Council of Mariposa County, also known as the Southern Sierra Miwuk Nation.
​
Martin shook Obama’s hand after his speech but left feeling less than inspired.

“It was interesting to hear, but he never mentioned the first peoples who lived here,” she said. “That was disappointing to me.”
Obama was the second president Martin has seen in person. The first was John F. Kennedy in 1962. Back then, she said, the roads weren’t blocked and security wasn’t as prominent.

Martin agreed with Obama’s points about the need to preserve the environment. American Indians feel that is their job, too, she said, adding that her family history in the area goes back 10,000 years. She lived in Wahhoga Village, which she said was the last established Indian housing in Yosemite, as a child.

But Martin was undeterred from making sure her people receive proper recognition by the president. “I think I’ll write him a letter and tell him,” she said. 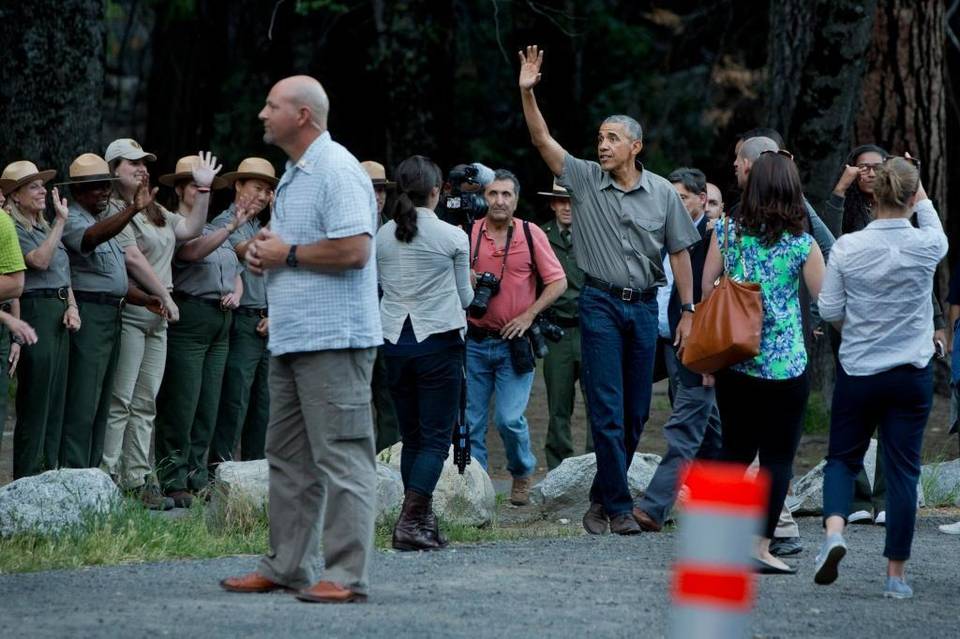 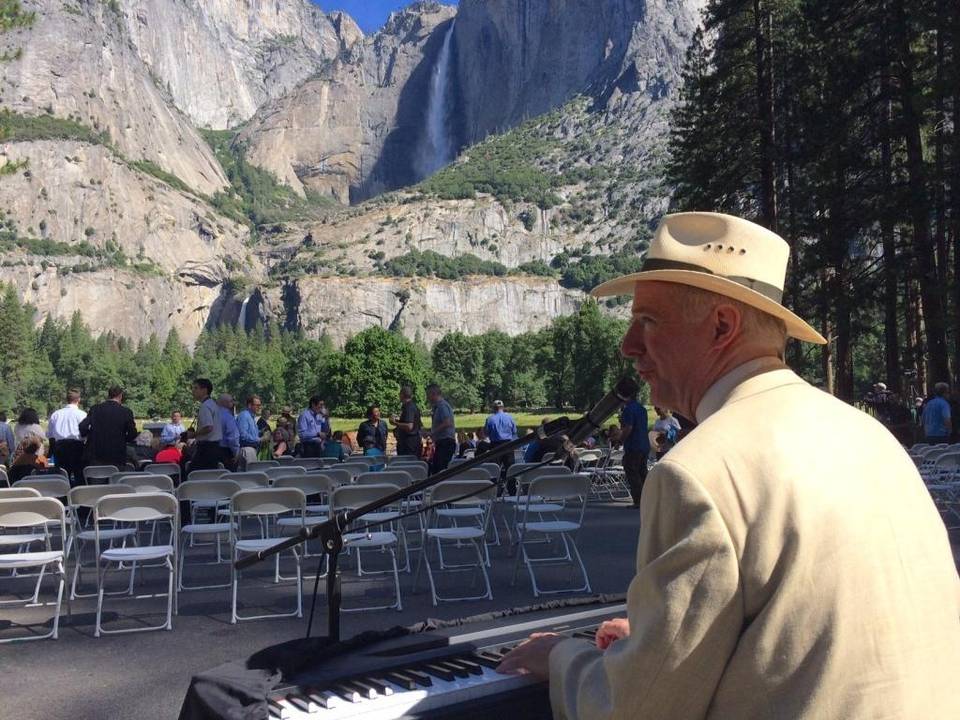 Tom Bopp, who has played piano at the Big Trees Lodge (formerly the Wawona Lodge) and the Majestic Yosemite Hotel (formerly The Ahwahnee) since 1983, plays tunes as media and guests assemble for President Barack Obama’s remarks Saturday, June 18, 2016, in front of Yosemite Falls in Yosemite National Park. One of his songs touted the joys of “roughing it” in the park: “I want to camp at the Majestic, just like the swell folks do.” “I had to revise the lyrics,” Bopp said.TIM SHEEHAN tsheehan@fresnobee.com 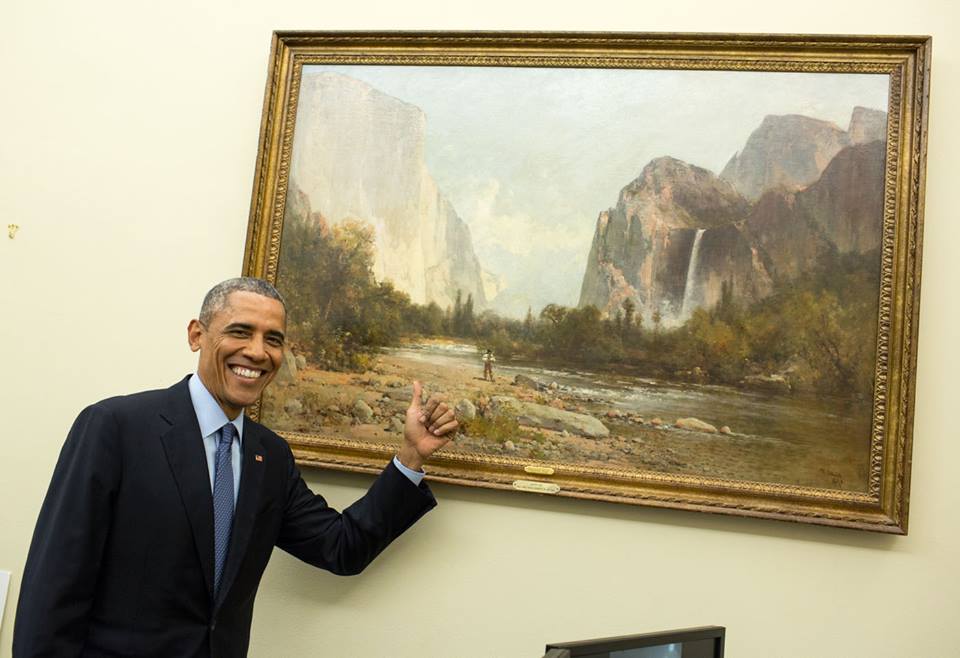 ​Date: June 16, 2016
​
Yosemite National Park anticipates an extremely busy weekend, as record visitation continues and the park prepares for President Obama’s historic visit to Yosemite June 17 - 19. The White House announced last week that the President and First Family will celebrate Father’s Day weekend with a family trip to Carlsbad Caverns and Yosemite National Parks.
“We are honored to host the President and First Family and we remain committed, as always, to serving every visitor to Yosemite,” said Don Neubacher, Park Superintendent. “We want to give all visitors advance notice that heavy traffic congestion, full parking lots and several short-term area closures are anticipated throughout the weekend, particularly in Yosemite Valley.” Yosemite staff will be implementing mitigation measures to ensure that visitor impacts are minimized.
President John F. Kennedy, with California Governor Pat Brown, was the last sitting President to visit Yosemite National Park in 1962. Don Neubacher, Park Superintendent, hopes visitors will appreciate the historic nature of this opportunity, that has not happened for over sixty years. “We encourage patience and understanding as the park staff manages any temporary visitor impacts.”
So far this calendar year, visitation to the park has increased by over 20% from 2015’s record visitation. Both last year and so far this spring, the park has seen traffic congestion, delays of up to two hours and full parking lots on weekends and holidays.
To reduce travel frustration and optimize sightseeing and recreational opportunities, the park will provide visitors with travel advisories before and during the President's visit. Those advisories will be posted on the park's website and shared through the park's social media presence on Facebook and Twitter.
As is typical on June weekends visitors should expect extensive traffic delays and several temporary short-term area closures. Detailed information about these closures is still being developed and will be released as soon as possible. The park and the White House are working actively to minimize closures in the park during the President's visit, while ensuring the safety and security of the First Family.
Visitors are urged to enter the park before 8:00 a.m. or after 6:00 p.m. to avoid traffic congestion and difficulty finding parking. Entering between these times will add to congestion and will likely lead to traffic delays of two or more hours.
Visitors are urged to use Yosemite Area Regional Transportation System (YARTS) buses that serve the park from several gateway communities and help reduce travel delays and congestion.
Local and regional visitors may wish to reschedule their trip for another weekend or during the weekdays. Visitors are also urged to enjoy neighboring gateway communities and other Sierra public lands and sites this weekend. Nearby areas such as Groveland, Eastern Sierra/Mammoth (Mono County), Oakhurst, Mariposa, and other public lands provide outstanding scenic and recreational opportunities and are likely to be less crowded this weekend.
All climbing routes from and including Church Bowl east to Washington Column (Washington Column itself remains open) will be closed from Thursday sunset through Sunday afternoon. This includes Bishops Terrace, Royal Arches, Serenity Crack, Son’s of Yesterday.
All campgrounds within Yosemite National Park on the reservation system are sold out through the weekend. There are a very limited number of first-come, first-served campsites within the park and those are expected to fill early. For 24 hour road and weather information, call 209-372-0200.
Wawona News Wawona News