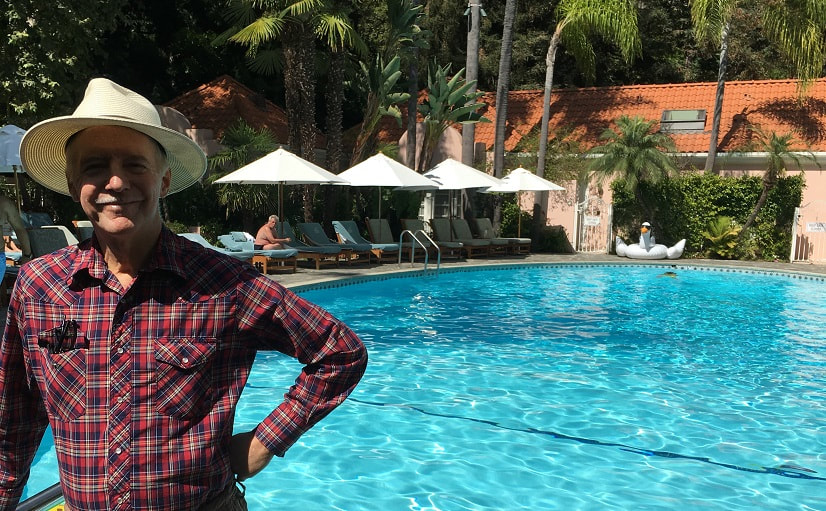 Tom, shortly after being discharged from the hospital.
Wawona's  resident and favorite piano player, Tom Bopp, is recovering in southern California after successful open-heart surgery at Cedars-Sinai Hospital in Los Angeles. Tom and wife Diane will spend a week recuperating before meeting with his surgeon for a followup appointment next week, after which they will be returning to Wawona.

​We look forward to seeing Tom at the piano again at the Big Tees Lodge parlor some time soon.  In the meantime, Tom's friend, Bill Carroll, former Yosemite Postmaster and fine pianist, is filling in for him at the hotel.  Best wishes for a full and quick recovery, Tom! 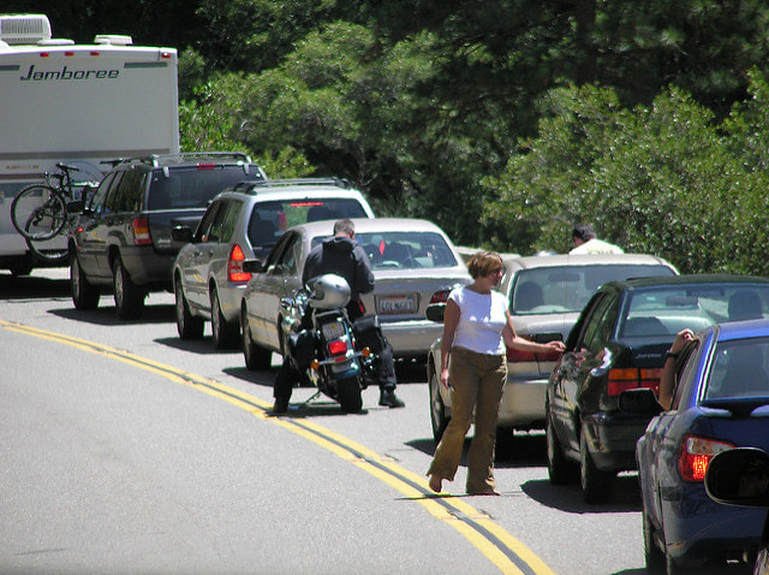 7-14-17: Crews are continuing the Rehabilitation of the Wawona Road.  This work will continue over the next 3 months.  At this time there is no weekend or night time work scheduled. The current work zone along Wawona Road is 1 mile south and 1/2 mile north of the South Entrance intersection.  The current traffic delays are as follows: 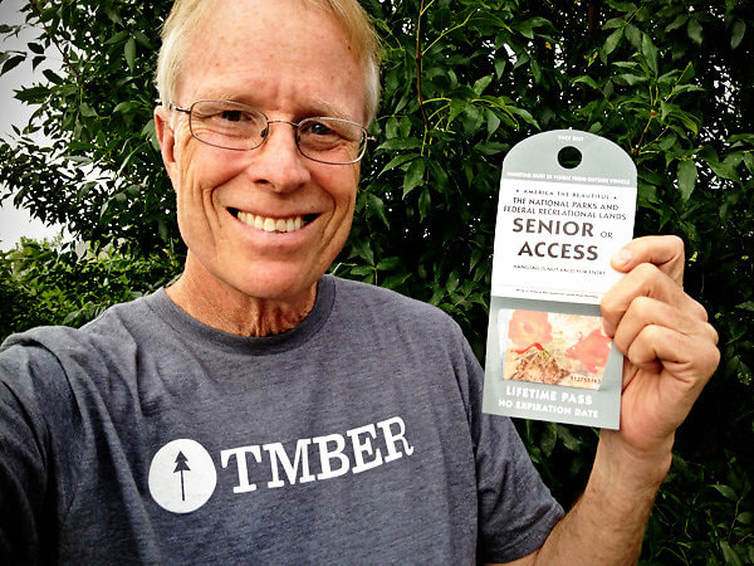 In order to meet requirements set by legislation passed by Congress in December 2016, the price of the America the Beautiful – National Parks and Federal Recreational Lands Senior Pass will increase from $10 to $80. The change will take effect August 28, 2017. Pass holders are given lifetime access to more than 2,000 sites and parks. The fee increase will support critical investments in maintenance projects at national parks and federal recreational lands nationwide.

Yosemite National Park is updating its Fire Management Plan to incorporate changes to guidance on federal wildland fire policy. The updated plan will allow the park to make decisions based on science, weather, and local concerns rather than geographic zones. Federal wildland fire policy states that "the full range of strategic and tactical options is available and considered in response to every wildland fire." This policy made the park's "suppression" and "fire use" zones obsolete. Thus the park is proposing to rezone the park to provide for a Community Protection Strategy that will allow fire managers to apply the flexibility provided in the current federal guidance.

This amendment will allow the park to better use fire to play a more beneficial role in reducing unnatural fuel buildup in areas that are at high risk for a future wildfire. The park will still use predetermined areas for prescribed fires but will now have the ability to use wildfires in areas where fires were previously suppressed.

You can find more details about the park's fire management plan amendment at http://parkplanning.nps.gov/YOSEFMPamend. The park will be accepting public comments on the amendment through July 15, 2017, and anticipates implementing the Community Protection Strategy this fire season. 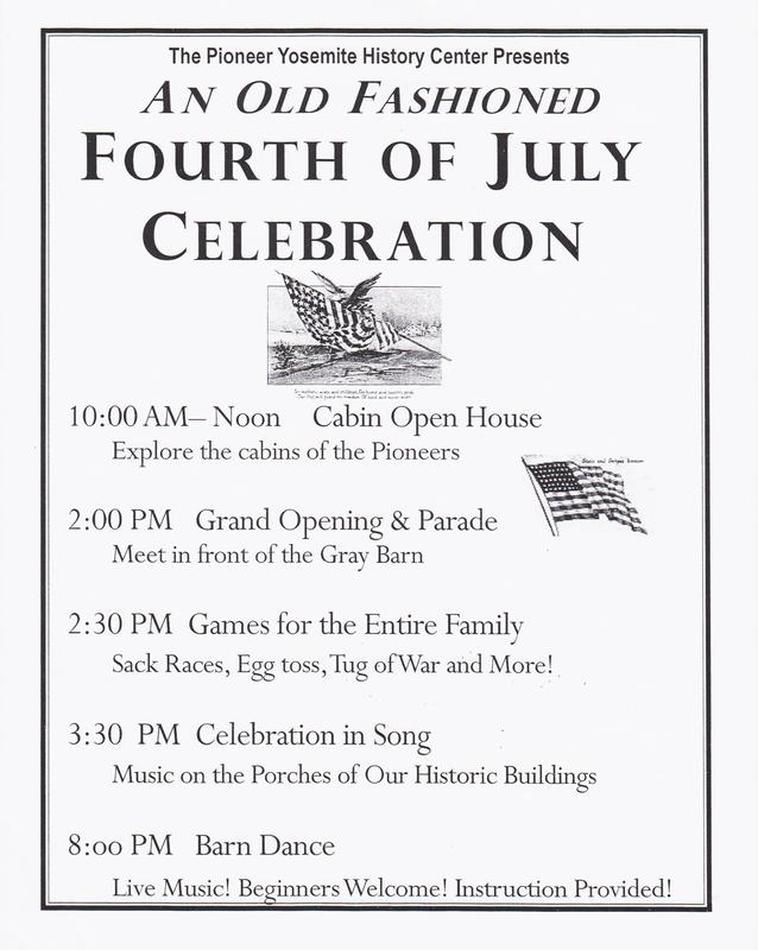 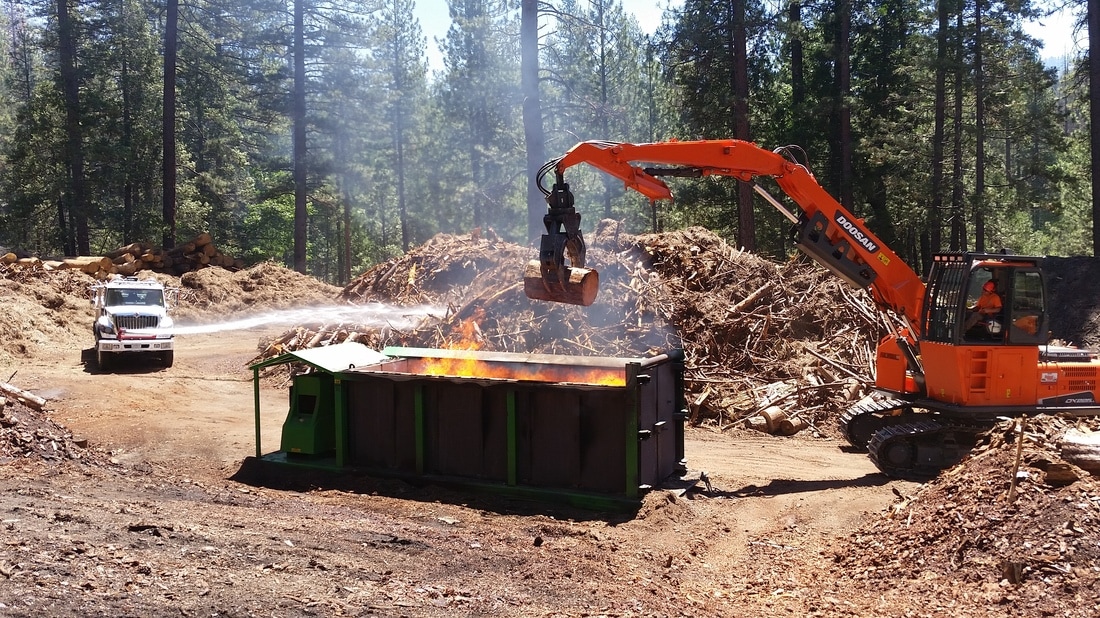 On June 26 Wawona forestry and fire started ignition on a curtain burner at the Wawona wood lot. It is a clean burning way to dispose of the excess fuel from the community.  There is little smoke emitted in the process due to its high temperature and rate in which the fuels are consumed. The curtain burner which was loaned out by Cal Fire will be used throughout the summer under the watchful eye of forestry and fire personnel .
The park follows all the rules and regulations regarding burning and smoke emissions as defined by the state of California in Title 17 of the California Code of Regulations.  This document provides smoke management guidelines for agricultural and prescribed burning (as opposed to residential burning.) Before putting the air curtain burner into service, we consulted with the California Air Resources Board, which predicted that the smoke dispersion conditions would be within an acceptable range for our region.  Final approval was obtained from the Mariposa County Air Pollution Control District. The air burner burns very efficiently with minimal smoke production and will be a useful tool in reducing the large amount of fuel that has accumulated in the Wawona wood lot. Fire Crews and Forestry will be continually monitoring the curtain burner when it is running.
Hazard tree cleanup in the Wawona Community Area has been incredibly extensive. Over the last month 1600 tons of chips have been hauled out of Wawona to Pacific Ultra Power in Chinese Camp for renewable biomass energy production, approximately 50-100 tons of merchantable logs to the sawmill each week day since winter as trucks are available, and hundreds of tons of slash and unusable wood into the burner. 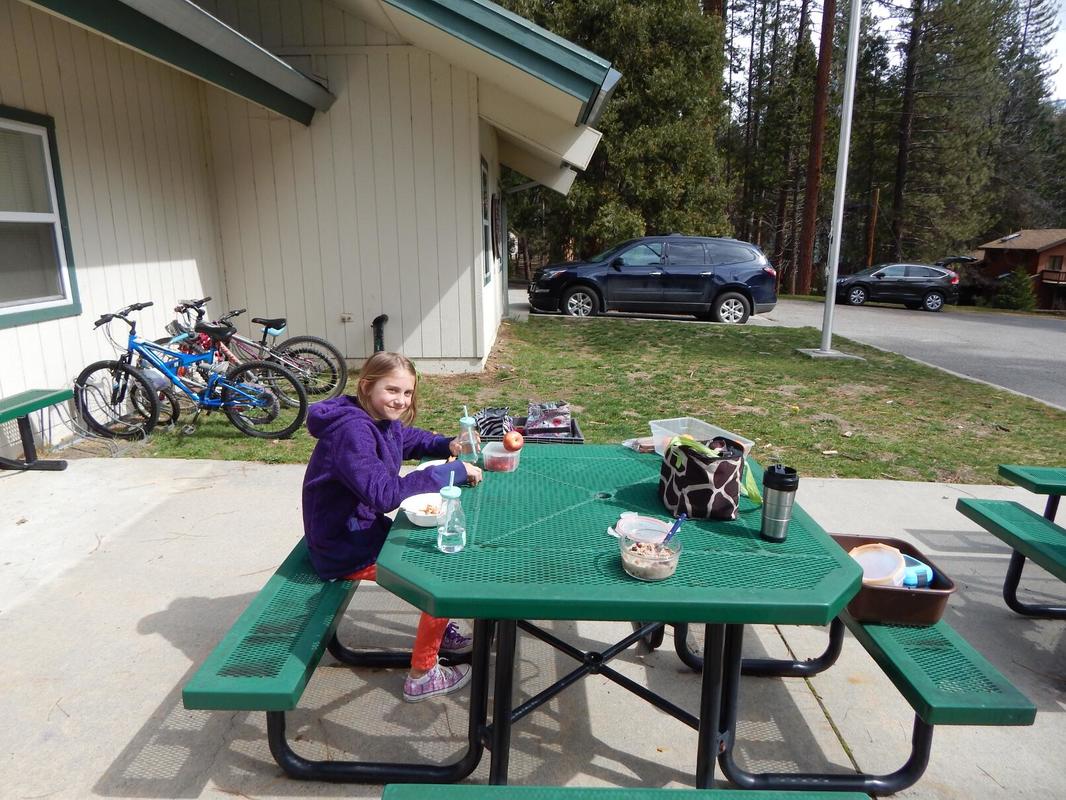 ​
Monday, June 26, 2017
@6:00 p.m.
Wawona Elementary School
7925 Chilnualna Falls Road
Wawona, California
AGENDA
1.CALL TO ORDER
2.ROLL CALL
MONTHLY ITEMS AND FINANCIAL REPORTS
3.CONSENT AGENDA
NOTE: The Board will be asked to approve all of the following items by a single vote, unless any member of the Board or of the public asks that an item be removed from the consent agenda and considered and discussed separately.
3.1.Approval of agenda 4.Financial reports
4.1.Monthly approval of warrants  (Action needed)
4.2.Financial Report
4.3.Payroll Report
5.HEARING OF PERSONS WISHING TO ADDRESS THE BOARD
The public may address the Board on any matter pertaining to the school that is not on the agenda.    There will be no Board discussion and no action will be taken unless listed on a subsequent agenda.
ACTION ITEMS
6.Approve 2017-2018 Local Control Accountability Plan (LCAP)
7.Approve 2017-2018 Budget
8.Approve financing of school bus at Fleet Financing Resources
9.WAPOA will be donating $4500 for purchase of “Let’s Go Learn” and/or laptop computers for 6th graders.  Discuss and approve where/how to spend the donation
10.Discuss and approve the interviewing process for bus driver/custodian position and the best delivery option for receiving the bus
11.Discuss and approve the 2017-18 Let’s Go Learn contract for $4300
12.Discuss and approve the 2016-17 Annual Attendance report for state filing

INFORMATION ITEMS
13.BOARD MEMBER COMMENTS
14.STAFF REPORTS
14.1.Financial report for the Spring Silent Auction fundraiser
15.NEXT MEETING DATE
16.CLOSED SESSION   Personnel/Negotiations/Litigation
NOTE:  The Board will consider and may act upon any of the following items in closed session.  Any action taken will be reported publicly at the end of the closed session as required by law.
16.1.Employee Negotiations (Gov. Code 54957.6)
16.2.Personnel (Gov. Code 54957)
17.RECONVENE IN OPEN SESSION:  ANNOUNCE CLOSED SESSION ACTIONS
18.ADJOURNMENT 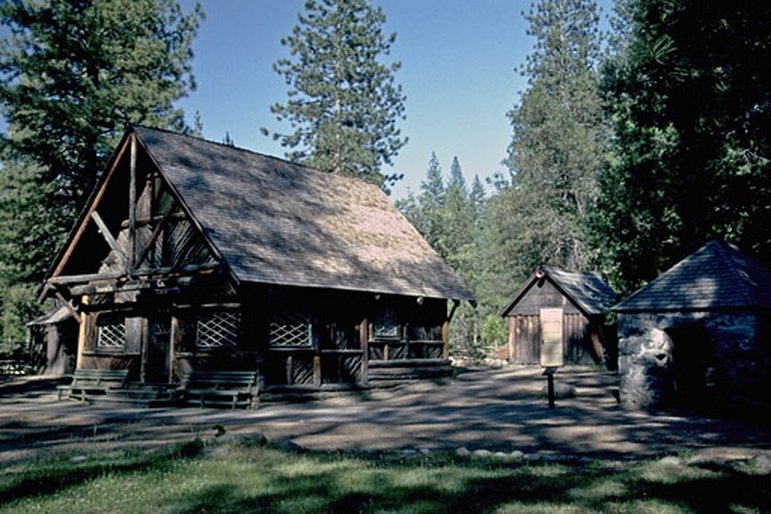 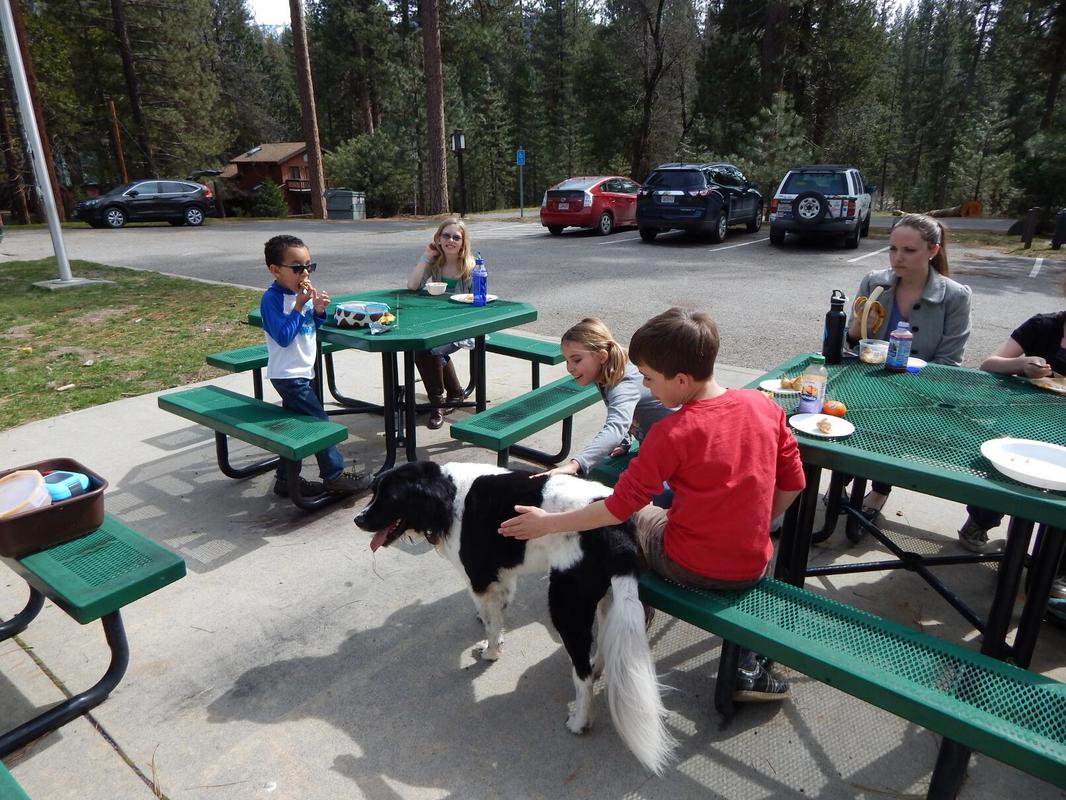 June 22, 2017, 6:00 PM
Wawona Elementary School
7925 Chilnualna Falls Road
Wawona, California
AGENDA
MONTHLY ITEMS AND FINANCIAL REPORTS
NOTE: The Board will be asked to approve all of the following items by a single vote, unless any member of the Board or of the public asks that an item be removed from the consent agenda and considered and discussed separately.
The public may address the Board on any matter pertaining to the school that is not on the agenda.    There will be no Board discussion and no action will be taken unless listed on a subsequent agenda.
ACTION ITEMS
INFORMATION ITEMS
NOTE:  The Board will consider and may act upon any of the following items in closed session.  Any action taken will be reported publicly at the end of the closed session as required by law.

​Those pieces fragmented further after hitting the base of the cliff and fanned out over an area more than 1,000 feet wide with debris rolling down to the Merced River.
The park can still be reached by way of Highways 41 and 120. The three entrances on the west side of the Sierra lead to Yosemite Valley, the park's main attraction.
The closure cut off the valley from the village of El Portal and the city of Mariposa, which are home to most of the park's employees. Commutes that typically take 30 minutes to an hour are now taking two to three hours, Gediman said.
The park's eastern entrance is still closed as plow crews clear near-record snowfall on the road to Tioga Pass, which sits at nearly 10,000 feet above sea level. 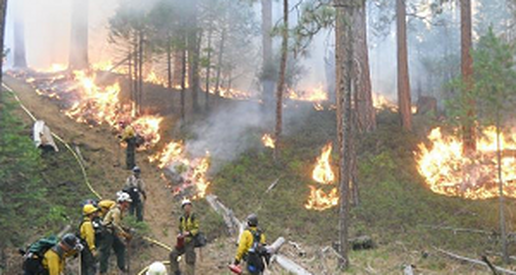 Yesterday evening at 1900 hours Yosemite Fire and Aviation started ignition on the Soupbowl Prescribed Fire Unit between the South Entrance and the community of Wawona. At 2100 hours operations were shut down due to mixed rain and snow. Burn conditions were good leading up to the weather event.  5-10 acres of blackline was complete along the Wawona Road (State Hwy 41 Extension).

Today National Park Service and Mariposa County Fire resources on scene will be doing mop-up and securing the burn perimeter. Fire personnel will be patrolling the roadside for hazard trees and any fire burning in cat-faces (openings created by past fire in the lower portion of a tree).

Traffic control personnel will be on scene and in place.  At this time both traffic lanes will remain open along the burn perimeter unless issues arise. Please use caution while driving in the area and slow down for fire fighter safety.

A warming and drying trend will occur this week with temperatures well above normal by Thursday. A high pressure ridge will be setting in through the weekend making air quality marginal by Thursday.  Smoke will be present along the road and fire management will continue to monitor throughout the week.

There are no planned ignitions for the rest of the week. Resources will continue to secure what was burned last night and look for another burn window throughout the summer.