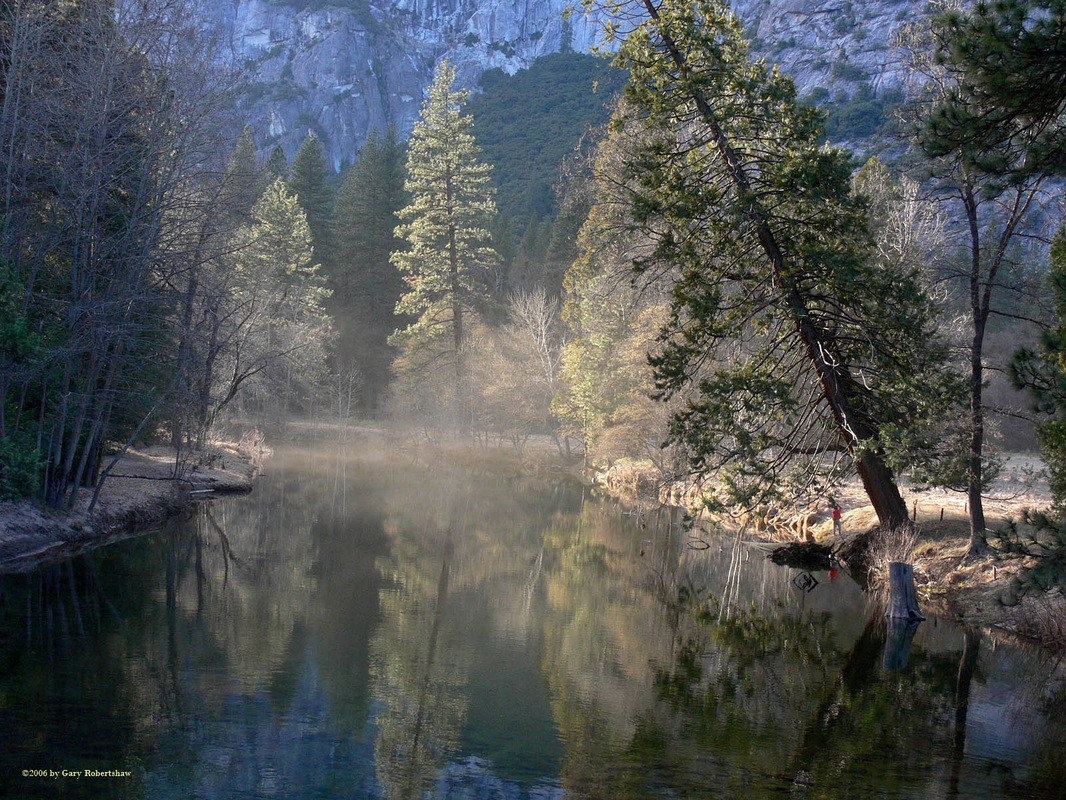 The draft plan analyzes four alternative approaches for managing the visitor experience, facilities, and natural and cultural resources within the Wild and Scenic River corridor. Under the Preferred Alternative (Alternative 4), access to Tuolumne Meadows would be improved by directing vehicles to an increased number of spaces in formal parking areas, which would replace the informal roadside parking. A new visitor contact station on the south side of Tioga Road would be located closer to the Tuolumne store and the campground and would serve as the primary trailhead for Parson’s Lodge. New, short, formalized, hiking trails would connect the visitor contact station, the campground, Parson’s Lodge, and other facilities along the road. Informal trails that are damaging vegetation would be restored to natural conditions. The store, grill, and post office would remain in their current locations, while the public fuel station and mountaineering shop would be removed and replaced with parking. The Tuolumne Lodge and Tuolumne Meadows Campground would retain their present capacities, though campsites and lodging closest to the river would be relocated to protect sensitive riparian areas.

To learn more about the Tuolumne Wild and Scenic River Draft Comprehensive Management Plan and EIS, download a copy of a summary guide, the draft plan, presentations, and other informational materials visit http://www.nps.gov/yose/parkmgmt/trp.htm.

Comments on the draft plan may be provided:

Comments received after March 18, 2013, will not be included in the official record.

PEPC Scheduled Maintenance
The NPS Planning, Environment, Public Comment (PEPC) website will be temporarily unavailable on Wednesday, March 13, 2013, due to scheduled maintenance.  Yosemite has three plans currently open for public comment: the Tuolumne River Draft Plan and EIS (closes 3/18), the Merced River Draft Plan and EIS (closes 4/18), and the Restoration of the Mariposa Grove of Giant Sequoias DEIS (closes 5/7). PEPC should return to service by March 14, 2013. If you are unable to wait to submit your comments, we will still accept them via US mail or email to yose_planning@nps.gov.

More MRP Public Meetings This Week!
Join us on Thursday, March 14, 2013, from 5-8 pm at the Senior Center in Oakhurst or Friday, March 15, 2013, from 1-4 pm in the Wawona Community Center for a presentation on the Merced River Draft Plan and EIS. These meetings are an opportunity to learn more information about the plan, interact with park staff, and provide feedback. The meeting will consist of a short presentation about the plan, a question and answer session with park managers and planners, and an open house with background materials about the plan.

Half Dome Cables Day Use Permits Now Available for Reservation 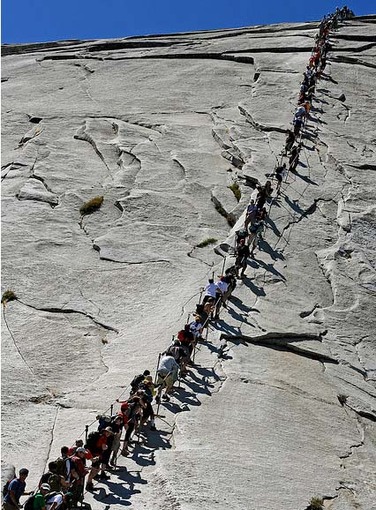 Half Dome cables day use permits for the 2013 hiking season will be available for reservation starting tomorrow, Friday, March 1, through Sunday, March 31, 2013. Permits to hike to the top of Half Dome are required seven days per week and reservations will be distributed via a lottery system. Successful parties will be notified in early April. A maximum of 300 hikers will be allowed on the Half Dome cables per day.

Approximately 50 subsequent daily permits will be available each day by lottery during the hiking season. These permits are made available based on the average number of no-shows and cancellations from the pre-season lottery. The permits must be applied for two days in advance of the desired hiking date. Reservations for the two-day in advance permits can also be made through www.recreation.gov.

Hiking to the top of Half Dome is one of the most popular hikes in Yosemite National Park. The iconic granite monolith, at 8,842 feet above sea level, attracts people from all over the world who attempt to climb to the summit. Most visitors ascend Half Dome via the cables, which are typically in place from mid-May through mid-October. Most visitors begin and end their hike at Happy Isles in Yosemite Valley. This is an approximately 17 mile round-trip journey.

To learn more about the Half Dome hike please visit www.nps.gov/yose/planyourvisit/halfdome.htm


Mariposa Grove of Giant Sequoias: A Restoration Plan for Ensuring their Future 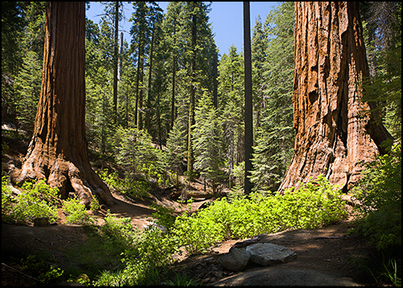 From my first day here as Superintendent, I wanted to support and implement a project for the restoration of the Mariposa Grove of Giant Sequoias. The site has a special significance to me, other park employees, and Americans across the country that come to visit. I believe the Grove's immense scale and spiritual quality provides an inspirational setting that transforms people toward a greater and deeper appreciation of nature. During my visits, I consider it a privilege to walk among these giants.
Today, a major step will occur that puts us on a strategic path to achieve this legacy restoration goal. Yosemite National Park will release the Restoration of the Mariposa Grove of Giant Sequoias Draft Environmental Impact Statement (Mariposa Grove DEIS). This important document provides the framework for the crucial restoration of the majestic Mariposa Grove of Giant Sequoias and the long-term preservation of these symbolic trees.
This restoration is a major component of our plan to celebrate the 150th Anniversary of the legislation that set Yosemite Valley and the Grove aside for preservation purposes. As most of you know, the Mariposa Grove, along with Yosemite Valley, comprised the original Yosemite Grant, a Bill signed into law by President Abraham Lincoln on June 30, 1864. Many believe this bill was an effort by President Lincoln to heal the nation during the tumultuous civil war. The result was the start of a major movement to set aside lands for the public good.
The primary goals of the Mariposa Grove DEIS are to restore giant sequoia habitat and improve the quality of the visitor experience. Overall, the plan will improve the natural processes that are critical to the long-term health of the trees, protect special status species, enhance operational sustainability, improve visitor education and way-finding, improve visitor and employee safety, and protect cultural resource values.
We want to acknowledge this plan is the result of the tremendous effort, dedication, and skill of many park employees from all divisions. We want to applaud their drive to get the plan to the public review process.
The public comment period for the Mariposa Grove DEIS will open today, February, 26, through Tuesday, May 7. For a copy of the plan and a complete description of the alternatives, please visit the park’s website at (http://www.nps.gov/yose/parkmgmt/mgrove.htm). Comments can be submitted on the Planning Environment, and Public Comment (PEPC) website at http://parkplanning.nps.gov/mariposagrove.
As most of you know, we have also released the Merced River Plan and Tuolumne River Plan for public review. The development of these plans, overseen by the Planning Division, creates a new pinnacle of achievement for the park. This year will be considered a historic moment for Yosemite National Park.
We sincerely appreciate your attention and interest in these three landmark plans which will guide Yosemite National Park into the future. We cannot underestimate the importance of these plans.
Don Neubacher and Woody Smeck, on behalf the Executive Leadership Team ____________________________ 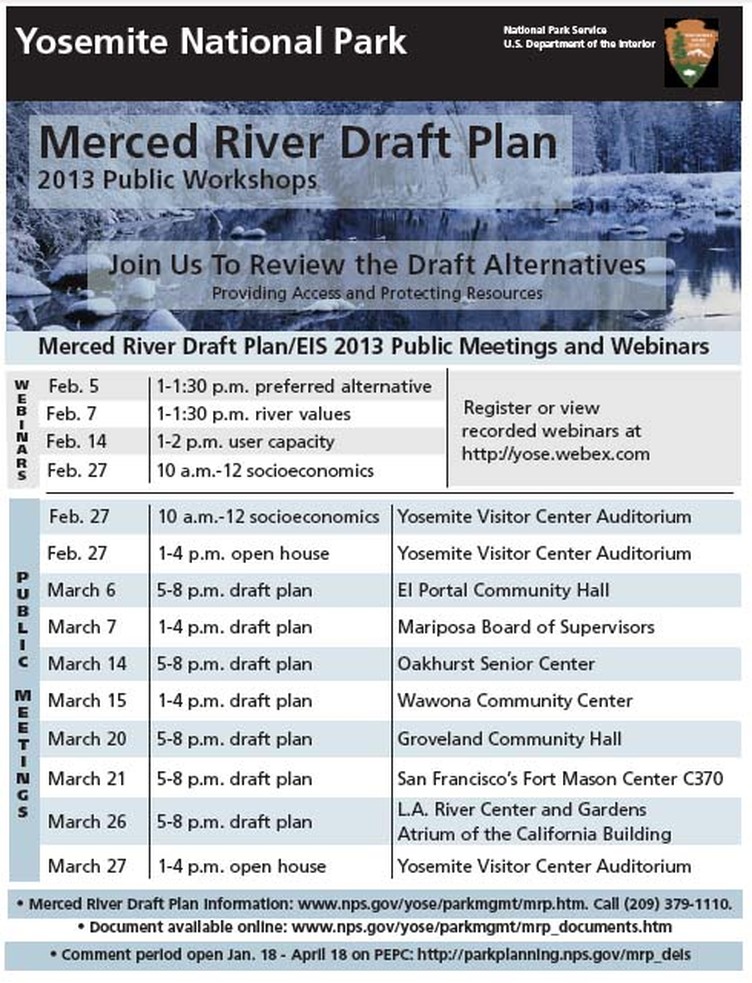 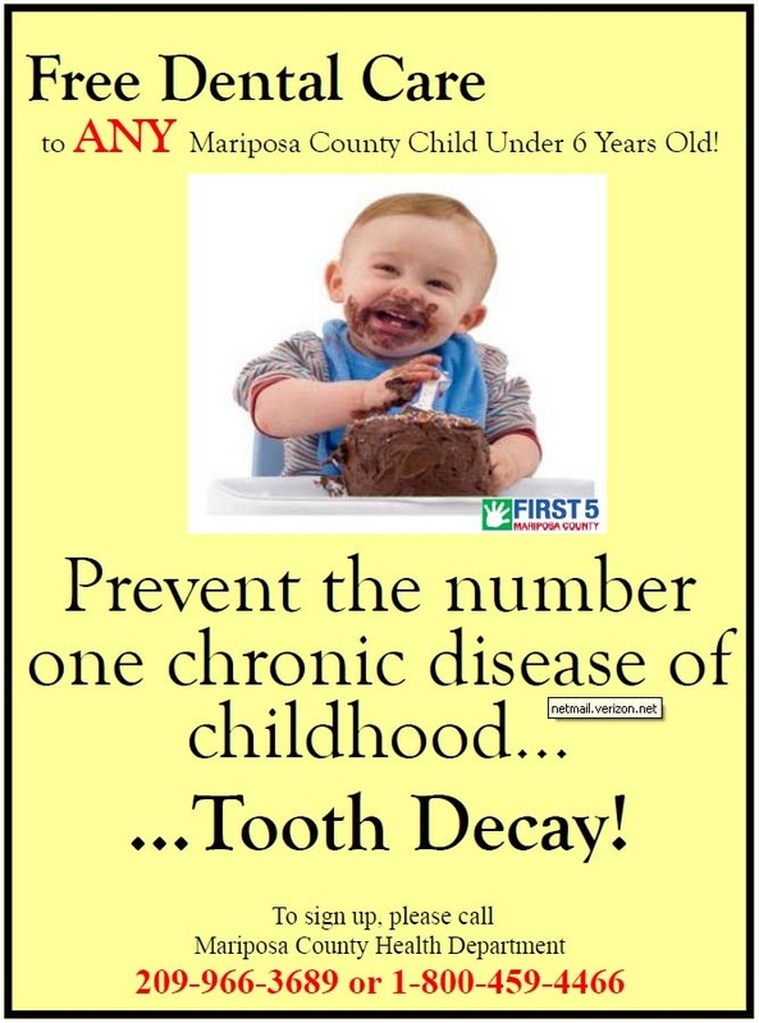 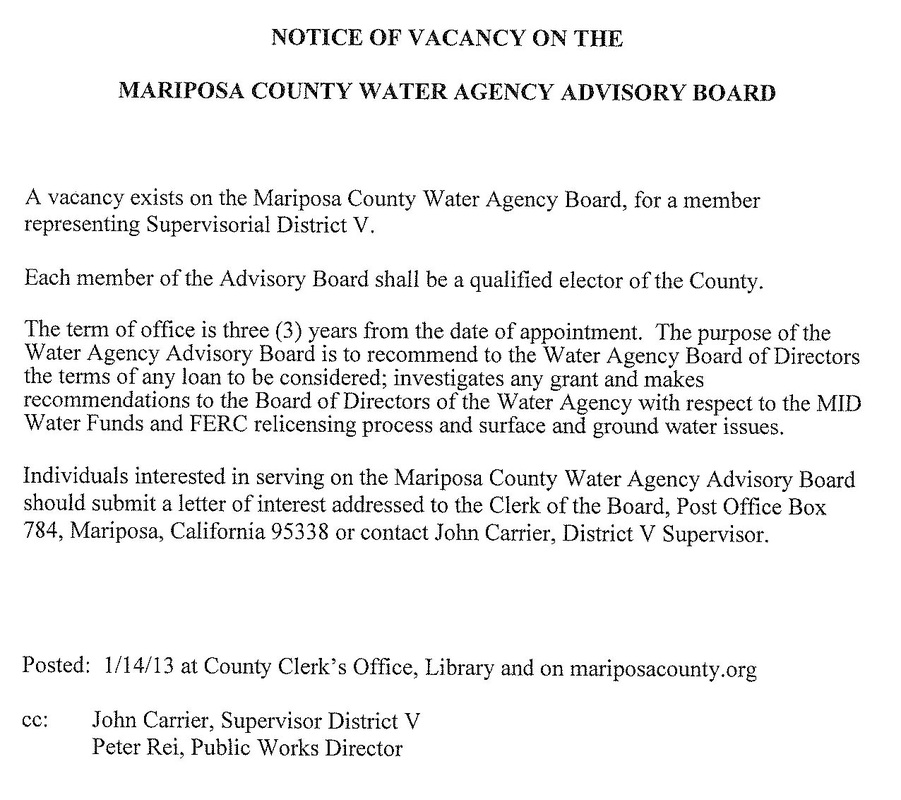 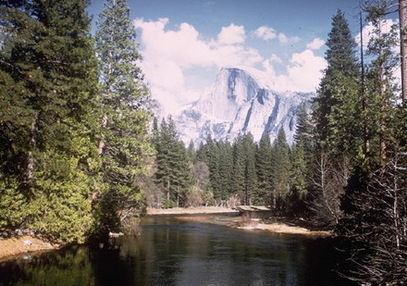 January 23, 2013 - On Tuesday, January 8, 2013 Yosemite National Park released two Wild and Scenic River Draft Comprehensive Management Plans and Environmental Impact Statements for the Merced River (MRP) and the Tuolumne River (TRP) for public review and comment. The public comment period for the TRP is open through Monday, March 18, 2013. The public comment period for the MRP is open through Thursday, April 18, 2013. Both documents, in their entirety, are available for public review on the park’s website.

A series of webinars and public meetings have been scheduled. Webinars are geared towards specific topics of each draft plan and are an opportunity for the public to prepare for public meetings. They will provide a brief overview of key topics, followed by an interactive question and answer session. To participate in one of the webinars, please visit http://yose.webex.com. Each webinar will be recorded and available for download from this same website afterward.

In addition to webinars, public meetings have also been scheduled. Public meetings are an opportunity for the public to learn more information about each plan, interact with park staff, and provide feedback. The meetings will consist of a short presentation about the plan, a question and answer session with park managers and planners, and an open house with background materials about the plan.

The schedule of webinars and meetings for the MRP: 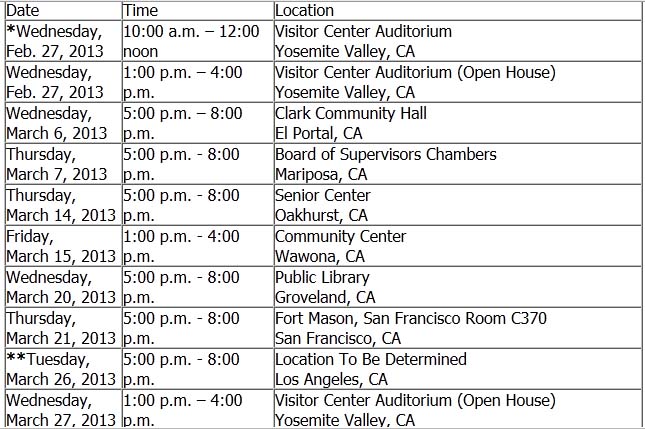