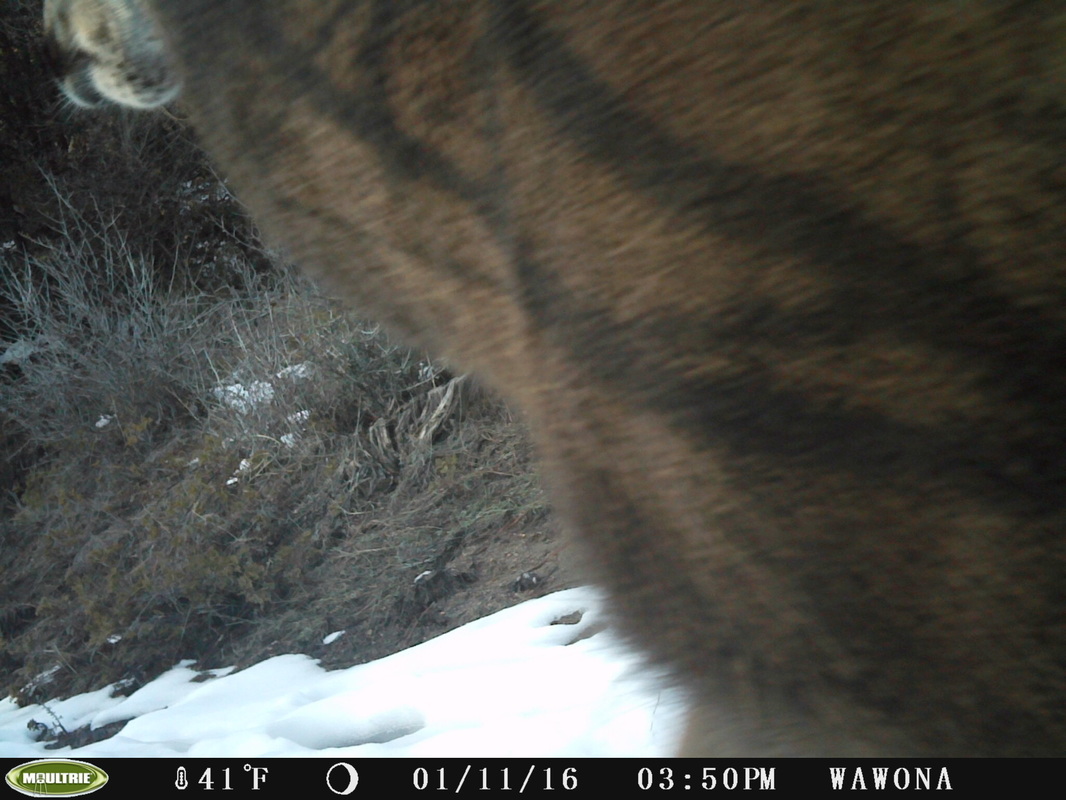 Our motion-sensor camera took this photo recently.  Can you help us identify this animal?  It appears to be a feline but the stripes are a mystery.  Shadows from a branch?  Or perhaps someone let their pet Bengal tiger out for a little exercise? If you can solve this mystery, drop us a line at: WawonaNews@gmail.com 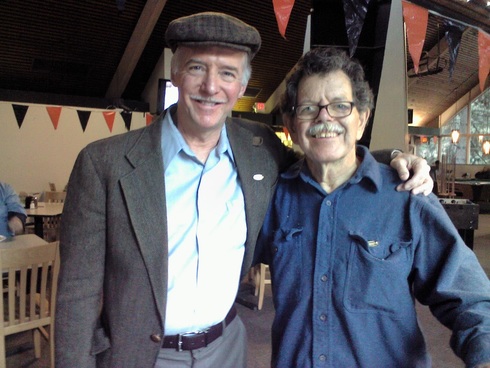 A poignant echo of once-grand company awards banquets, Delaware North
employees gathered to receive anniversary commemorative lapel pins and enjoy
pizza and good company at the Carabiner Café in Yosemite Valley (upstairs in
Degnan's Deli) on February 16. Pictured are Wawona Hotel employees Stanley
Valim (on the right) sporting his well-earned 40-year pin, and Tom Bopp with
his 30-year pin. Tom started seasonally at Wawona in 1983, becoming year-round in 1985 with winter performances at The Ahwahnee, and expects to continue under the new concessionaire, Yosemite Hospitality (Aramark). 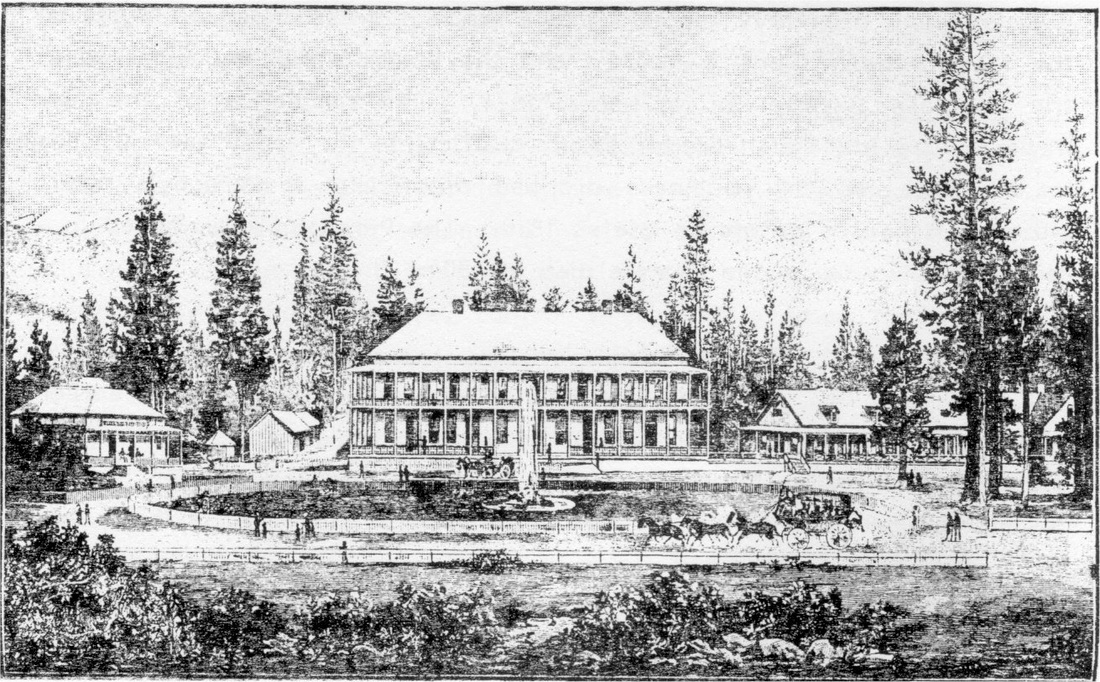 COMMUNITY AND ORGANIZATION MEETING SCHEDULE FOR REVIEW AND DISCUSSION OF
ECONOMIC VITALITY STRATEGY AND IMPLEMENTATIN PLAN FOR MARIPOSA COUNTY (November 2007) and MARIPOSA COUNTY GENERAL PLAN ECONOMIC DEVELOPMENT ELEMENT (Chapter 6)
(Please note, dates may be subject to change. Please refer to the Mariposa County Web Site for correct dates.  We will also be sending e-blasts if there are any changes.) 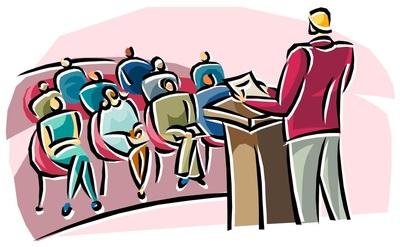 Wednesday, February 3, 2016, 6:30 PM
Wawona Elementary School
7925 Chilnualna Falls Road
Wawona, California
AGENDA    MONTHLY ITEMS AND FINANCIAL REPORTSNOTE: The Board will be asked to approve all of the following items by a single vote, unless any member of the Board or of the public asks that an item be removed from the consent agenda and considered and discussed separately.
The public may address the Board on any matter pertaining to the school that is not on the agenda.    There will be no Board discussion and no action will be taken unless listed on a subsequent agenda.

Why Yosemite Was Right to Change the Names of Iconic Places
The park service's decision to rename iconic place names in Yosemite National Park, because of a legal dispute, will likely eviscerate the exaggerated financial claims made by Delaware North. 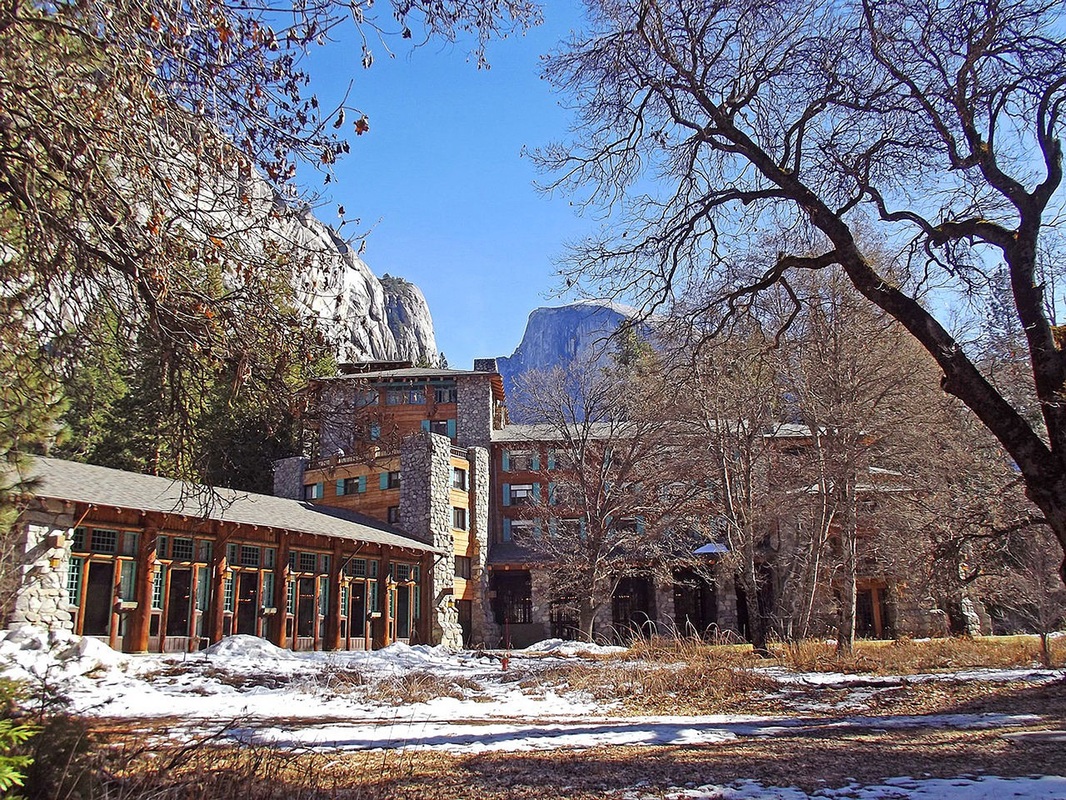 By Robert Gammon - East Bay Express
Yosemite National Park lovers expressed dismay last week when park officials announced they were changing the names of some of Yosemite's most iconic places, including the Ahwahnee Hotel, the Wawona Hotel, and Badger Pass Ski Area. And for good reason. The claim by Delaware North, the ex-concessionaire of Yosemite, that it owns the legal rights to those names is an outrage. But the park's decision to change the names, at least temporarily while it fights Delaware North in court, appears to have been the right move. Although distasteful, the name changes may give the National Park Service its best chance of maintaining legal control of the iconic names that Yosemite lovers hold dear.

As the Express was the first to report more than a year ago (see "Hijacking Yosemite," 12/24/14), Delaware North informed the park service in 2014 that it had quietly trademarked the names of many of Yosemite's most famous places. The Buffalo, New York company also told the park service that it must hand over $51 million for the rights to use those names if Yosemite hires a new concessionaire. Delaware North claimed that it gained control of the iconic place names when it took over the private concessions agreement in 1993 from the Curry Company, which had held it for nearly a century.

Last year, the park service awarded the $2 billion Yosemite concessions agreement to another company, Aramark of Philadelphia. Delaware North responded by filing suit, claiming that Aramark must pay $51 million to Delaware North if it wants to continue using the names Ahwahnee Hotel, Badger Pass, Curry Village, the Wawona Hotel, Yosemite Lodge, and others.
Environmentalists and park lovers have accused Delaware North of theft and extortion, arguing that the iconic names belong to the American people. And the park service has asserted in court that even if Delaware North proves that it does own the place names, its claim that the names are worth $51 million is wildly inflated.

Some experts agree. "The destination is much more important than the name of the place they're going to stay," noted Ira Kalb, a marketing professor at the University of Southern California, in an interview with the San Francisco Chronicle.

The park service's decision to change the names likely will prove that Delaware North's financial claims are greatly exaggerated. Yes, park visitors are angry that as of March 1, the Ahwahnee Hotel will become the Majestic Yosemite Hotel; Curry Village will be renamed Half Dome Village; the Badger Pass Ski Area will change its name to Yosemite Ski and Snowboard Area; the Wawona Hotel will become Big Trees Lodge; and Yosemite Lodge at the Falls will be renamed Yosemite Valley Lodge. But people are not going to stop going to those places just because they have new names. In fact, it's highly doubtful that Yosemite's attendance will be impacted by the name changes.
And that's exactly why the park service is going win. The name changes eviscerate Delaware North's claims. They essentially say, "You say you own the names, so what?"
Moreover, the name changes make it clear to everyone that Delaware North is the bad guy in this saga. That's why Delaware North executives are so mad about what the park service has done. In a statement last week, Delaware North spokesperson Lisa Cesaro said the company was "shocked and disappointed that the National Park Service would consider using the beloved names of places in Yosemite National Park as a bargaining chip in a legal dispute ... involving basic contract rights." Former Delaware North Yosemite President Dan Jensen then later told the Chronicle that he thinks the park service is treating the company unfairly in the court of public opinion.
Actually, it's impossible to treat Delaware North too unfairly in this situation. The company richly deserves the public's scorn for trying to hijack what belongs to all of us. Hopefully, Delaware North will not only lose its intellectual property claims in court, but will never again receive another public concessions contract — and that the park service will refuse to renew its existing concessions contracts at Grand Canyon, Sequoia, Kings Canyon, and Shenandoah national parks.